Home » Hip Hop News » Erica Mena is upset at Jonathan for introducing Safaree to a woman; Twitter shows her no sympathy, because she tried to get Joe and Tahiry back together, after he split with Cyn #LHHNY #LHHFamReunion 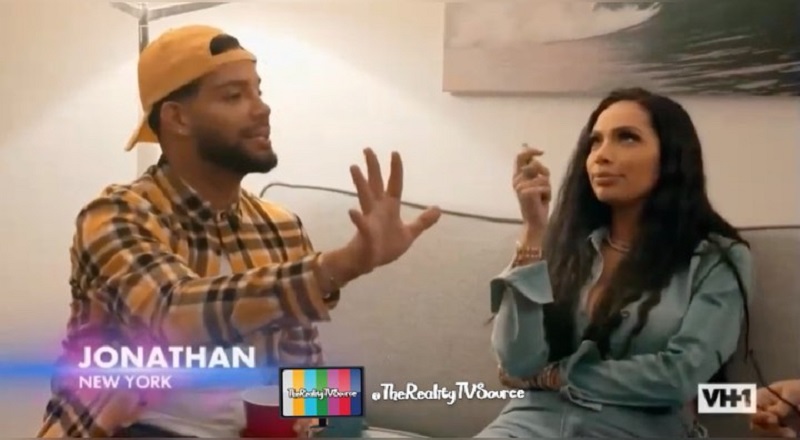 Tonight’s episode of “Love & Hip Hop Family Reunion” began with Jonathan talking about Erica Mena. He was sitting with Cyn Santana and Bobby Lytes. Soon, Erica walked over and confronted him.

Erica Mena has gone through a very public breakup with her husband, Safaree. In the middle of this, Jonathan introduced him to another woman. This made Erica upset with Jonathan.

When Jonathan tried to talk to Erica Mena, she confronted him. She is angry because he introduced Safaree to another woman. But, the fans on Twitter don’t feel bad for her, pointing out how she tried to get Joe and Tahiry back together, right after he and Cyn Santana broke up.

More in Hip Hop News
Young Thug Teams Up With Giuseppe Zanotti, To Promote Their New Cobra Sneakers [VIDEO]
Brooke Valentine reveals Marcus Black cheated on her while she was pregnant