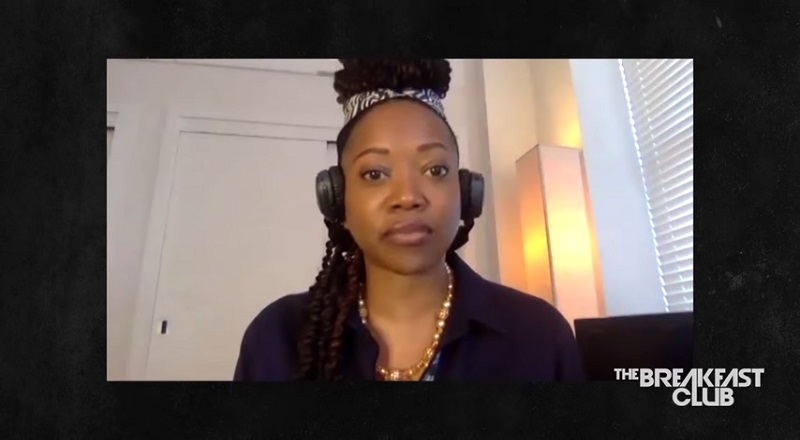 In 1990, Erika Alexander was suddenly a household name, due to being cast as Cousin Pam, on “The Cosby Show.” A character who arrives at the end of a series usually takes the blame for killing a series. Despite the show ending, anyway, people liked Cousin Pam.

By 2017, Erika Alexander showed up, on Get Out, and people remembered that she was virtually forgotten, since 2005. However, Alexander enjoyed the downtime, but also embraced the spotlight being placed back on her, speaking to “The Breakfast Club” about her return to the spotlight, via Get Out. Now, she and Whitney Dow return to “The Breakfast Club,” speaking to DJ Envy, Angela Yee, and Charlamagne Tha God about reparations, social justice, and “The Big Payback” podcast that she’s hosting.

More in Hip Hop News
Beyoncé partners with Adidas to offer up to $1,000 to Texas families effected by the winter storms
Pop Smoke Fans Honor The Late Brooklyn Rapper on The One-Year Anniversary of His Death