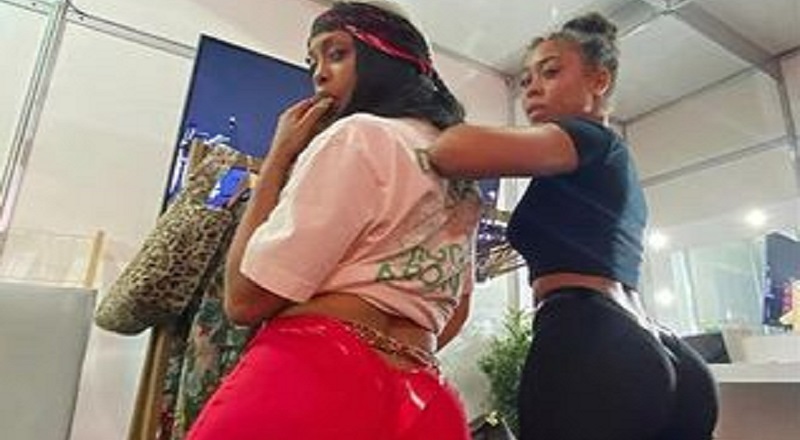 Erykah Badu broke the internet, this morning, in a way that only she can. Well over twenty-five years ago, she helped usher in neo soul into pop culture. As a result, Erykah Badu became a household name. Among other phrases, she is responsible for the phrase “you better call Tyrone,” which is the name of her breakthrough single. Since then, she had the “Window Seat” single, which was one of the first viral moments. Today, she and her daughter went viral for photos showing off their backs.

Erykah Badu has made plenty of classic records, over the years. After being written off as a one hit wonder, she came with more hits. Towards the end of 2002, she delivered the single, “Love Of My Life (An Ode To Hip Hop),” featuring Common. At the time, they were a couple, and they share a child. Later, she would move on, and have other children. This afternoon, Erykah Badu trended for the photo she shared with her daughter, Puma Curry.

Erykah Badu formally introduced herself to the internet world, at the 2011 BET Hip Hop Awards. She was brought out by Lupe Fiasco to sing the hook on “Words I Never Said.” While she did her thing on the hook, once the internet saw footage of her from behind, it was over. Now, the world knows her for this. So, when she and her daughter shared the photo, they went viral. After seeing it all day, Badu’s daughter, Puma Curry is asking what the problem is, saying everyone involved are adults.