Home » Hip Hop News » Erykah Badu isn’t here for Rick Ross, says she’ll “beat the sh*t” out of the MMG leader after watching his workout video and her Twitter followers place their bets 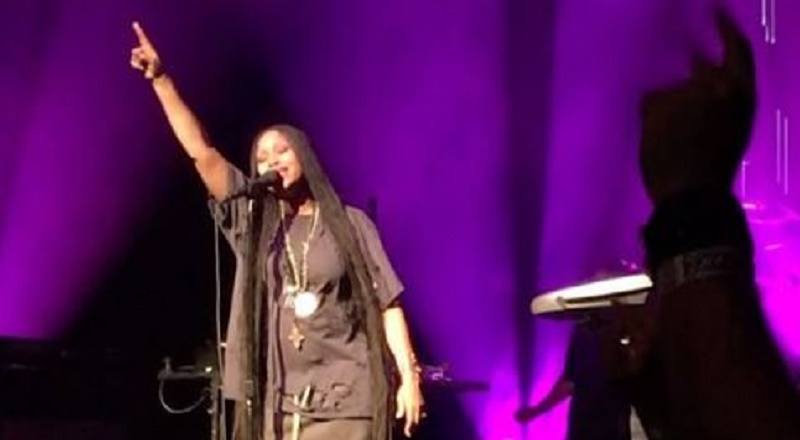 Not only is Erykah Badu one of the queens of neo soul, she is the artist who brought it mainstream. On so many levels, Erykah Badu is a legend and she has brought new life to the Soul Train Awards. The fans can check her out there in a few days.

Erykah Badu turned heads during her performance with Lupe Fiasco at the BET Hip Hop Awards, five years ago. Since then, Erykah has come up often in hip hop discussions. Of course, everyone remembers her dropping her Drake-inspired project, last fall.

Tonight, however, Erykah Badu is sending shots at a prominent rapper in the game. It is not clear if she is serious or if she is joking, but her followers are placing their bets. After watching Rick Ross’ workout video, where he is boxing, Erykah Badu shared the video on her Twitter, saying she’d beat the sh*t out of him and her followers placed bets on it.

More in Hip Hop News
Damn Andre… #Empire fans react in shock to Andre being behind the hack and say he’s Luscious (Lucious’) son
French Montana reenters the world of #Empire with much fanfare, as he and Andre were working together on the hack