Home » Hip Hop News » Erykah Badu shows body pride and shares video of herself dancing in underwear, getting a half a million views in the process [VIDEO] 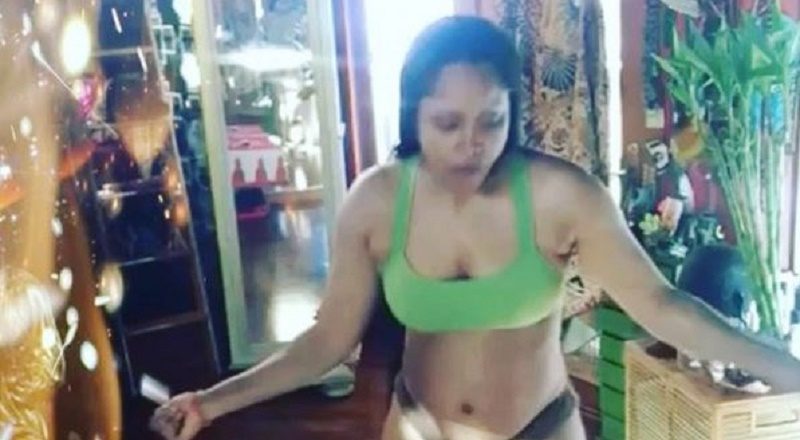 Throughout her career, Erykah Badu made a career out of being different. Apparently, it was a success, as Badu is coming up on twenty years in the game. Her social media name is @FatBellyBella and she is proud of it.

In 2011, Erykah Badu returned to the spotlight, when she performed with Lupe Fiasco at the BET Hip Hop Awards. The world could not get enough of her booty. Prior to this, she turned heads with the music video for “Window Seat,” where she went nude.

A couple of days ago, Erykah Badu showed the world what a real woman looks like. Showing off her body, Erykah Badu shared a video of her in her underwear. Proud of every curve, she danced for the masses and went beyond viral in the process, bringing in well over 500 thousand views.