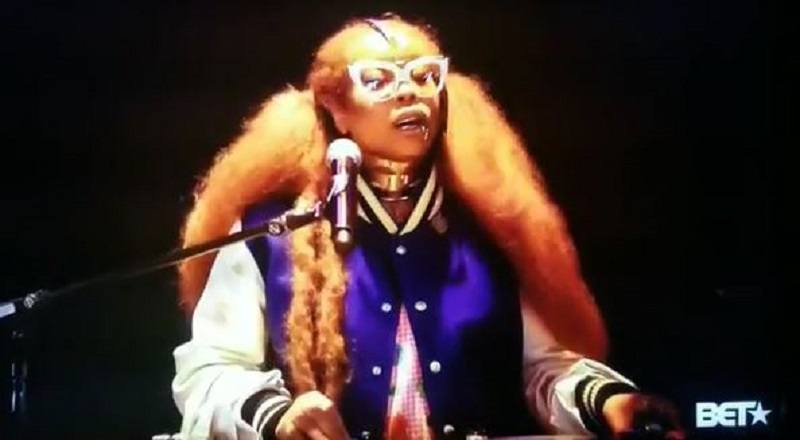 Always, Erykah Badu has pushed the creative envelope, and she will continue to. One of the people responsible for making neo soul a household brand, she has always played with her music. That has included dabbling in rap.

Erykah Badu has become a staple at the BET Hip Hop Awards, since she stole the show, performing with Lupe Fiasco, in 2011. Since then, she has continued being a part of the show. This year, she was doing her thing at the cypher.

After she did her freestyle, Erykah Badu had Twitter going ham. Even though she was just playing, the fans believed her freestyle was better than the girls actually rapping. They are still giving Erykah Badu tons of props.

More in Hip Hop News
The Carters? Usually everybody loves Jay-Z and Beyonce, but #HipHopAwards viewers don’t think #EverythingIsLove deserved Album of the Year, and they let it be known on Twitter, saying they haven’t been to the awards in years
Don Rocko Thanks The Person Who’s Responsible For The Mural In His Neighborhood “I REALLY APPRECIATE THE LOVE!” [PHOTO]