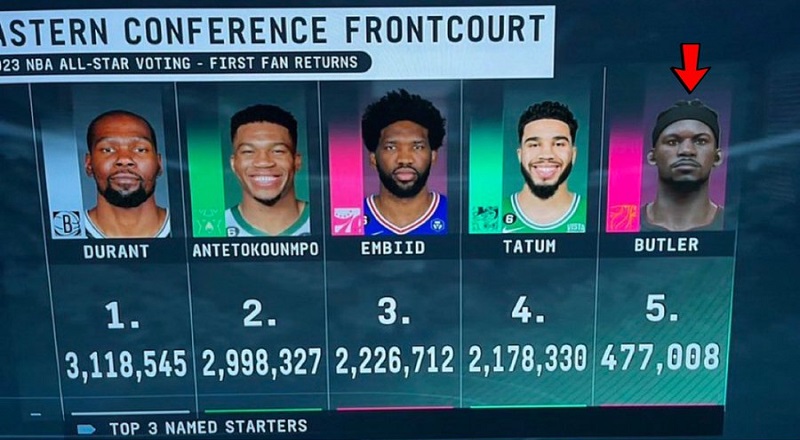 Jimmy Butler has become one of the most flamboyant stars in the NBA. During the 2015 season, Butler put himself on the map. Four years in the league, Jimmy Butler took the lead for the Chicago Bulls. After that, he had stints with the Minnesota Timberwolves and Philadelphia 76ers, before joining the Miami Heat. In 2020, Butler led them to the NBA Finals. Before the start of this season, Jimmy Butler took a photo of himself with dreads and a shaved face, meant as a troll.

Jimmy Butler played at an MVP-level in 2022 and it turned into wins. All of last season, the Miami Heat were consistently the best team in the NBA’s Eastern Conference. The Heat showed how good they were, last season, when they beat the Phoenix Suns, who owned the NBA’s best record. All was well for the Heat, until they played the Boston Celtics in the Eastern Conference Finals. While the Heat got upset when Draymond Green said the Celtics would win the East, Boston indeed faced the Warriors.

Jimmy Butler and the Heat have struggled to win games, this year. The East is tougher at the top, as opposed to last year. Early on, the Celtics dominated. Ever since, the Brooklyn Nets have been rolling. Other than that, there are the 76ers, Bucks, and Cavaliers all capable of winning the East. This leaves Miami on the outside looking in. Recently, ESPN discussed some of the league’s best players. For Butler, they used his NBA 2K avatar to show his face, to avoid the troll photo he took on media day.