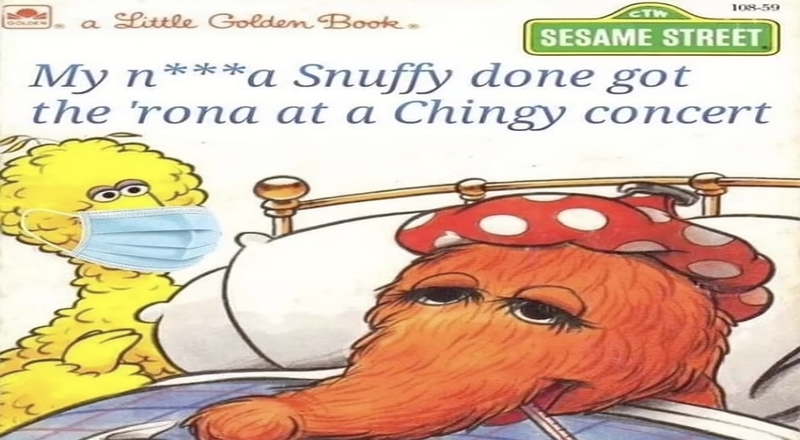 Another huge executive has now lost his job, over a racist meme that obviously shouldn’t have been posted, per CNN. This is regarding Estéee Lauder, exec John Demsey, as this is one of the biggest beauty companies, in the world, and makes $10 million, annually.

Demsey took to his Instagram feed, where he posted a Sesame Street meme. This displayed Stuffy in a hospital bed, and Big Bird wearing. COVID-19-style mask. The caption in the meme read”My n***a Snuffy done got the ’rona at a Chingy concert.”

Estee Lauder went on to release a statement, confirming Demsey’s firing. They say that the termination was a  “result of his recent Instagram posts, which do not reflect the values of the Estée Lauder Companies.”

Demsey also took to his account over the weekend, to issue a very lengthy apology. He also denies being a racist.

“I am terribly sorry and deeply ashamed that I hurt so many people when I made the horrible mistake of carelessly reposting a racist meme without reading it beforehand. There are not enough words to express my remorse and sorrow.”

“Not only did I hurt many people whom I respect, the terrible mistake that I made has undermined everything I have been working for since I began my career 31 years ago.The meme is the furthest thing from what I stand for and I should have never reposted it.”

“I am so sorry that I let down the company that I have dedicated my life’s work to as well as its employees, artists, friends and colleagues. I hope that in time people will judge me, not for this awful mistake, but for my lifetime of words and actions, which demonstrate my respect for all people.”

“The plan is to get an Estee Lauder senior executive fired from a job that pays $10 million a year. But first, we’ll need a Chingy meme.” pic.twitter.com/y6KXssgKFI

More in Hip Hop News
Soulja Boy says Kanye West pushed him to “another level,” on “Donda 2”
Tyga and Doja Cat debut at number one on Spotify with “Freaky Deaky”