Home » Hip Hop News » Eva Longoria receives backlash, on Twitter, for saying “Latinas are the real heroines” in Joe Biden’s presidential victory, but she later comes back and says this wasn’t directed at Black women, but rather Latino men [VIDEO] 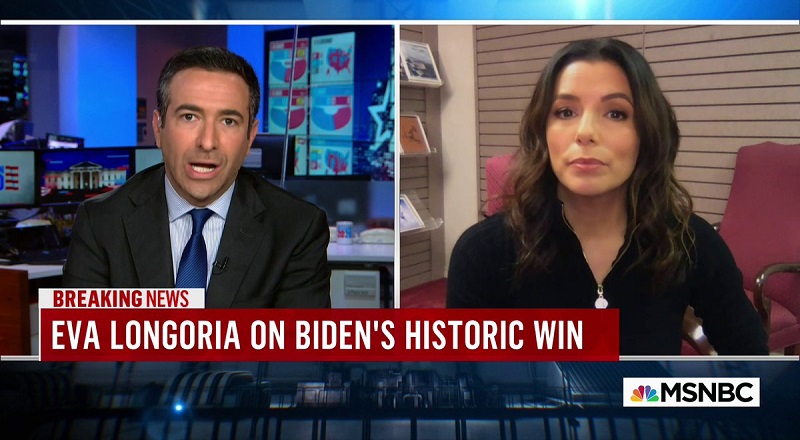 Because of how Donald Trump ran his presidency, he had people who either loved him or hated him. There were very few people who were in between, when it came to Trump. When Joe Biden became his opponent, in the presidential election, most knew Trump would struggle.

Joe Biden was well-liked by most of America and a recognizable figure, in politics. During the election, Joe Biden won, mostly due to his history with America, serving as Vice President for eight years. Now, those who were severely anti-Trump have been speaking.

Eva Longoria was on “The Beat with Ari Melber,” where she spoke on the Joe Biden/Kamala Harris victory. Her comments about Latinas being the real heroines sparked backlash from Black women. After seeing the backlash, on Twitter, Longoria spoke out, commending Black women, saying her comments were about Latino men, not Black women.

Read the tweets about Eva Longoria and her response below: