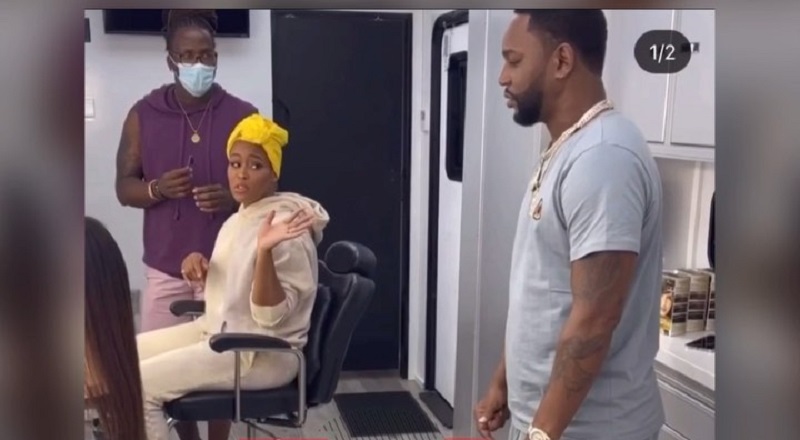 Over the past few weeks, Cam’ron has shown up with the cast of ABC’s “Queens.” He has had some downright hilarious videos, with Brandy. Now, he and Eve are having some funny videos shared.

Anyone who follows Cam’ron knows he has a sense of humor. There are few things Cam won’t joke about and Eve joined in on the joke. When those two got together, they had a memorable moment.

Since Cam’ron has been around, he has gotten into some hilarious moments. These skits have had their moments and when Cam asked Eve what else she needed, she told him to get her a sandwich. Hilariously, Cam told her she took it too far.

More in Hip Hop News
Kanye West has 2021’s most-streamed artist, in a day, with “Donda,” and it’s the most-streamed album in a day
Chris Paul talks early NBA career, re-signing with Phoenix Suns, and what if he joined Kobe and the Lakers in 2011, with Gilbert Arenas [VIDEO]