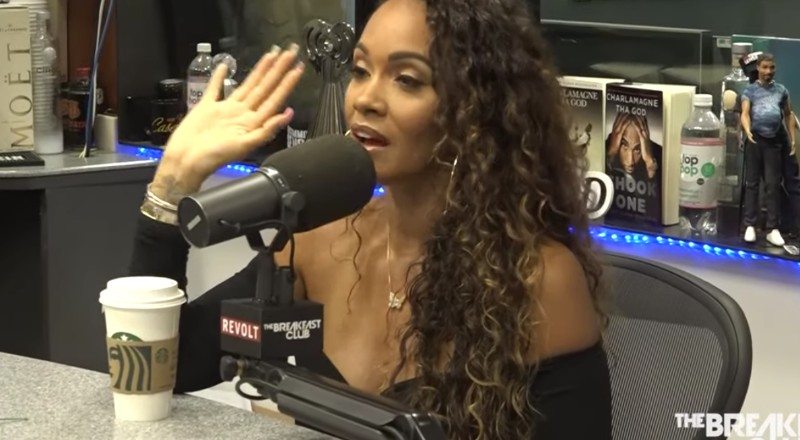 Apparently Evelyn Lozada sorta shot her shot towards Rob Kardashian, and it all started from a joke between the two.

If you don’t remember, nobody will blame you, but Evelyn Lozada seemingly made some noise back on father’s day when she posted a very explicit and flirty tweet aimed at Rob Kardashian. The tweet read, “@robkardashian – has a big sausage.”  Rob responded with a  an equally sexually explicit message which did not leave much to the imagination. His tweet read, “And you are a squirter.”  This caused folks to go into a frenzy given how direct they were being with each other.

Well you know when it comes to Breakfast Club, they weren’t going to let it slide. Lozada recently  made her Breakfast Club with DJ Envy and Angela Yee. She was there promoting her new book, along with talk surrounding Basketball Wives. During the interview, Yee brought up the flirty exchange she and Kardashian had on father’s day. Evelyn explained that the tweet was actually the result of a dare from Rob. After that revelation, Envy went onto to ask whether she would actually date Rob Kardashian. Much to my surprise, she said she would be open to the idea. Lozada stated that she believes him to be a nice guy and a great father, so why not.

More in Articles
Footage surfaces of Fetty Wap allegedly smacking a woman in the face, as video clearly shows him hitting the person holding the camera [VIDEO]
Cleveland mother, Taylor Bush, claims local daycare handed her deceased infant daughter, and did nothing to help with CPR on the baby