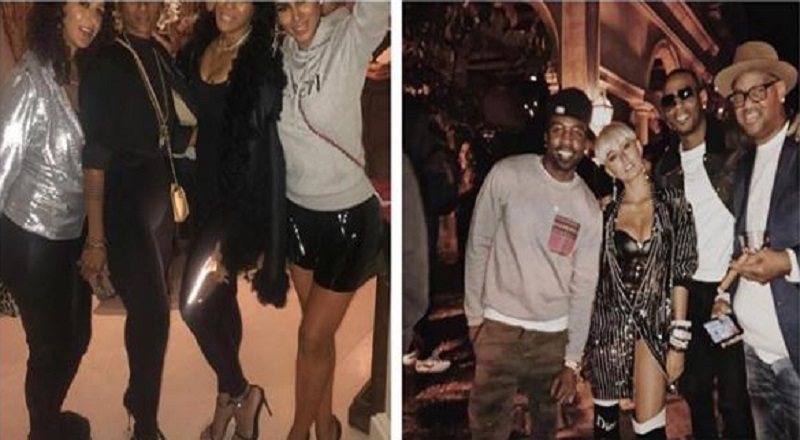 This morning, people woke up to learn about Tamar Braxton ranting on her husband, Vince Herbert, once again. The two were already going at it, as they are divorcing. But, Tamar Braxton went as far as claiming that her soon-to-be ex got another woman pregnant.

Before speculation could truly begin, Tamar Braxton implicated fellow reality star, Laura Govan. Because of her and Gilbert Arenas’ history, many people began tweeting him. There were so many Gilbert Arenas tweets that HE became a trending topic.

There is something to what Tamar Braxton was saying, though. Some evidence was put together by Fameolous, after Tamar Braxton went on her rant. Apparently, Vince and Laura Govan attended DJ Khaled’s party together, according to the evidence, but they could have attended separately, as well.

More in Hip Hop News
Young Nudy responds to OJ Da Juiceman, says he got run out of East Atlanta; Maintains he has no beef with Gucci or OJ
Angela Simmons is single again; In end-of-year Instagram post, Angela Simmons makes it clear she and her baby daddy are over! #GrowingUpHipHop [PHOTO]