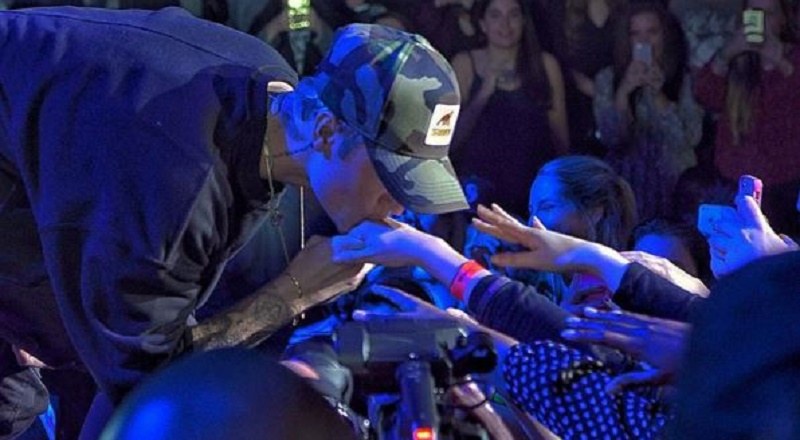 Two years ago, Justin Bieber looked as if he was in the middle of a tailspin, and he was. Making a name for himself, Justin Bieber joined the Def Jam roster, co-signed by Usher and Ludacris. Soon, he gained a strong position in the hip hop world.

Justin Bieber, when he went through his early 2014 downturn, was spending time with Chantel Jeffries. One of his Miami incidents took place with her in his car. But, Justin Bieber soon moved on to some other friends.

Earlier this afternoon, Chantel Jeffries’ Instagram shared an explicit photo of Justin Bieber. While the post came from her account, it could be hacked or someone else could be posting from it. Whatever those details are, the fact remains that Bieber was naked and holding his private in the photo.