Home » Hip Hop News » Fabo From D4L and Parlae From Dem Franchize Boyz Get Into Heated Debate on Instagram Live About Who Actually Started Snap Music; Parlae Ends Up Hanging Up The Live [VIDEO] 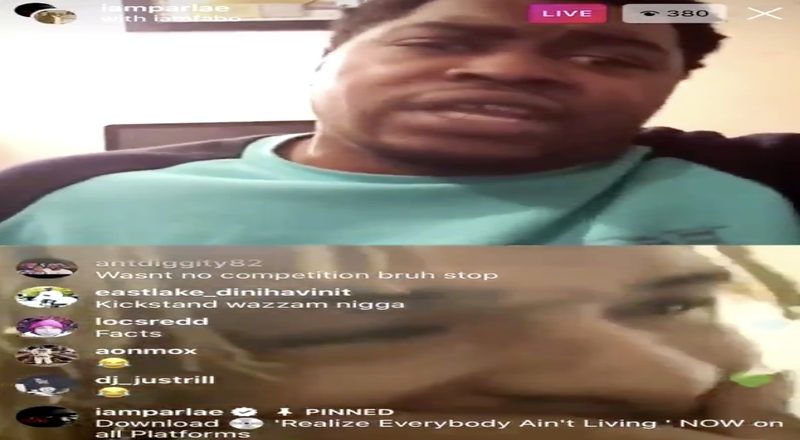 The early-mid 2000s were an epic time in Atlanta as we saw legends in their prime such as T.I., Jeezy, and Ludacris. We also saw a new emergence of genres in rap such as crunk and snap music. Among some of the hottest names in the snap genre were Dem Franchize Boyz and D4L.

Artists and producers have taken to Instagram Live lately in the midst of the coronavirus pandemic to do beat/song battles or just discuss different topics. Dem Franchize Boyz member Parlae and D4L member Fabo hopped on the app today and debated on who actually started the genre. Fans enjoyed this but things got pretty heated between the two.

Fabo said said his groups hit singles “Betcha Can’t Do It Like Me” and “Laffy Taffy” ended everything that Dem Franchize Boyz were doing. He added that D4L sold 3 million copies of Laffy Taffy while Dem Franchize Boyz’ “Lean Wit It Rock Wit It” did 1 million.

Parlae clapped back by disputing his numbers and that his group went platinum off of ringtones and that D4L didn’t have a platinum album. He was right here as it went gold instead. Parlae simply didn’t want the debate to get more personal so he thanked everyone for tuning in but made sure to make it known that he still has love for Fabo. Check it out below.

Fabo and Parlae from Dem Franchise Boyz arguing about who started the snap movement on IG Live has to be a peak quarantine moment for Atlanta. pic.twitter.com/tGLz9WTUeq

More in Hip Hop News
After Finding Out That Blac Chyna is Selling Instagram Followbacks For $250 on Her Cosmetics Line’s Website, Social Media Goes Crazy After Seeing That She’s Also Selling FaceTime Calls For $950
Diddy is turning up on IG Live, dancing with JLo, talking with Alex Rodriguez, and shutting Twitter down in the process, as fans call that uncomfortable, ask him to bring Rihanna more, and clown his aging process [VIDEO]