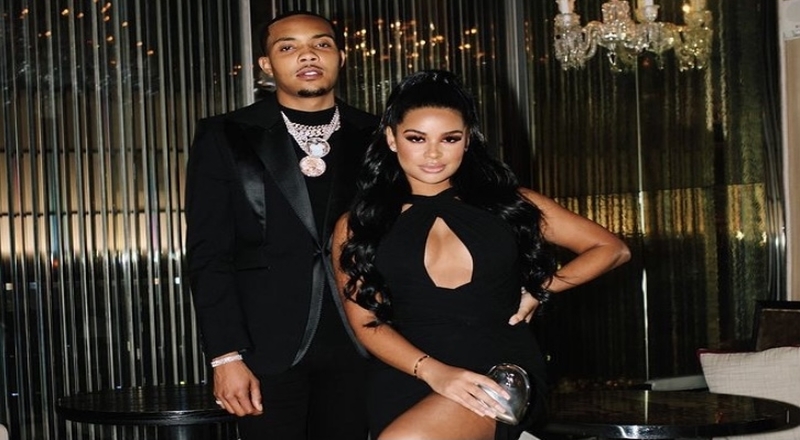 G Herbo and Taina Williams have been together for a while now and are always viewed as social media goals. Herbo is also close with Fabolous, who is Williams’ stepfather. Fab even gave Herbo a “The Family” chain this year.

Now, it looks like Williams and Herbo’s relationship is elevating even higher. According to the Chicago Tribune’s Jason Meisner, who was on the video conference call regarding Herbo’s federal fraud case where Herbo and his crew allegedly used stolen IDs to spend millions of dollars, Williams is reportedly four months pregnant by Herbo and engaged to him.

The attorney revealed that Herbo has a fiance who is pregnant and resides in New Jersey. He also asked permission for Herbo to see Williams as he’d travel from from Chicago and California to New Jersey. A witness in this case has bee identified as “A.F.,” with many believing this is Herbo’s other baby mama, Ariana Fletcher. Herbo was ordered not to speak to her about this case.

The pregnancy rumors have been hot for weeks and this is after Williams’ mother, Emily B, had another child with Fab.

The video conference is about to start. G Herbo is seated in front of a picture window with what appears to be the Chicago lakefront behind him. "Your honor is my camera view OK?" he asks https://t.co/iUNAPzfdbr

Herbo is actually in California still, according to the judge. He turned himself in to authorities there last week.

Records show G Herbo's manager/partner, Joseph "JB" Bowden, signed a $25,000 collateral bond in California — meaning he has to post that money. There is also a $75,000 unsecured bond.

His lawyer says Herbo has a fiancé who is four months pregnant and lives in New Jersey. "He sees her frequently and needs to continue to see her." Asks that Herbo be allowed to travel to and from Chicago and California to New Jersey.

Prosecutors also identified one of the witnesses in the case as a woman with initials “A.F.” who shares a child with Wright from their previous relationship. Records show she is Ariana Fletcher, of Atlanta. Wright was ordered not to speak with her about the allegations.

Continue Reading
You may also like...
Related Topics:fabolous, taina williams