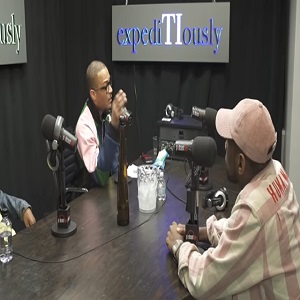 In the early 2000s, Fabolous emerged, and appeared to be on his way to being the next maor star. However, label woes led him back to his humble mixtape beginnings. But, Fab’s story is unique, because his mixtapes all gained mainstream success.

Fabolous was being saddled with the “corny rapper” label, but his mixtapes proved he was a true lyricist. When he and Jadakiss teamed, they proved they were among the top emcees in the game. Since then, a lot of Fab’s mixtapes have become albums.

Amon other things, Fabolous discussed this with T.I., when they sat down for the “expediTIously Podcast.” The discussion was definitely about his successful career. But, they also spoke on his run-in with Solange, Kobe Bryant’s death, as well as Meek Mill, and rappers being themselves.

More in Hip Hop News
Pop Smoke’s “The Woo” Single Featuring Roddy Ricch and 50 Cent From Posthumous Debut Studio Album, ‘Shoot For The Stars, Aim For The Moon,’ Certified Gold
Despite Kanye West Having No Chance at Becoming President After Missing Deadlines and Getting Kicked Off Ballots, DaBaby Says He’s Still Voting For Him