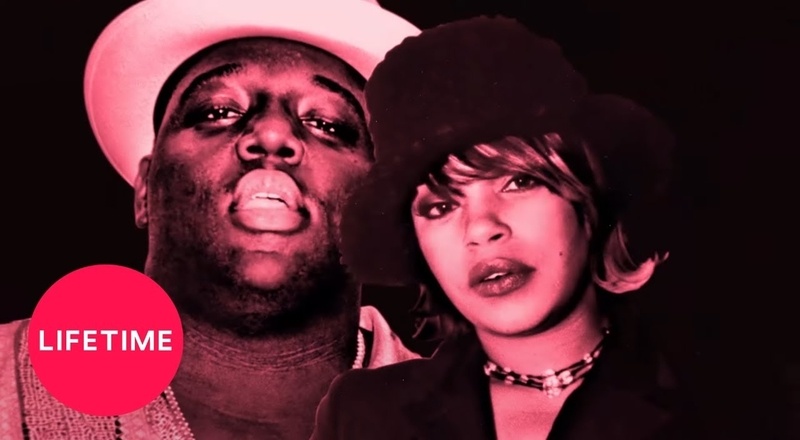 Friday night was the second week of Lifetime’s ‘Hopelessly In Love‘ series where a famous celebrity couple was discussed. This documentary focused on the legendary Faith Evans and The Notorious B.I.G. The two met after Evans signed to Diddy’s Bad Boy Records. This relationship had plenty of its ups and downs such as with B.I.G. still messing around with Lil Kim and even his new artist, Charli Baltimore. In the end though, he still had a child with Evans towards the end of their estranged marriage.

During one of B.I.G and Evan’s separation periods, she was out in Los Angeles and met 2Pac. He expressed how he was a fan of her music and wanted to do a song together. Evans was ready to make that happen but ended up surprised that the studio Pac told her to come record at was at Death Row Records’.

The song that Pac and Evans recorded was ‘Wonda Why They Call You B*tch‘ which ended up appearing on his fourth studio album, ‘All Eyez On Me.’ The vibes were all good in the studio. Evans ended up having to go to a hotel in LA though  to meet up with Pac to pick up the check for the hook. Pac was with his boys and Evans was waiting for his manager to come through with the money.

Pac supposedly dropped a bomb on Evans by saying that she’d only get paid if she gave him oral sex. She still maintains that she never had relations with him in anyway. This is even after Pac said “That’s why I f*cked your b*tch you fat motherf*cker” and “You claim to be a playa but I f*cked your wife” on the legendary diss record, ‘Hit Em Up.’ That track was in response to Pac thinking that B.I.G. dissed him on ‘Who Shot Ya’ which was released after Pac was shot five times in Quad Studios in New York City.

Evans also said in Hopelessly in Love that B.I.G. was her first true love. She seems to sound sincere in never having sex with 2Pac but his claims on Hit Em Up about her definitely make hip-hop fans to this day wonder if that was really the case. Lil Kim didn’t end up appearing in this documentary but Charli Baltimore did.