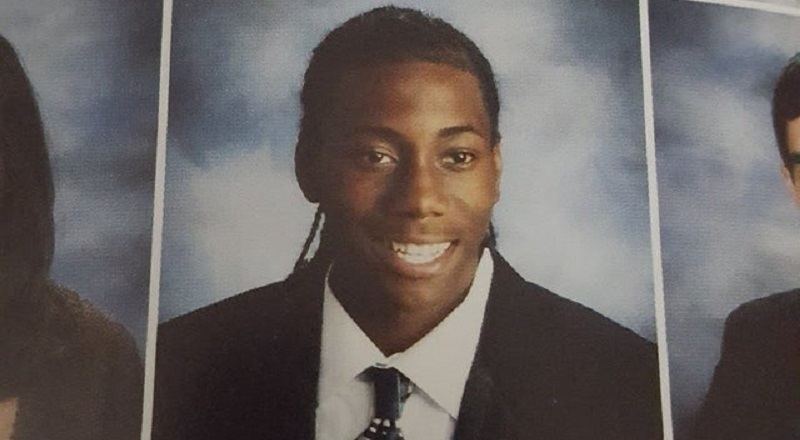 In 2010, this was Kawhi Leonard, and by 2014, he was NBA Finals MVP. Though he wasn’t the leader of the San Antonio Spurs, he led them to the title, over the Miami Heat. His defense on LeBron James was enough to slow him down, and his offense was decent.

Kawhi Leonard was poised to take over as the Spurs’ leader, as cornerstone, Tim Duncan, retired. As Manu Ginobili also retired, Kawhi took over. A Zaza Pachulia-induced injury would leave Kawhi out of the league for the better part of a year, where he essentially quit the Spurs.

A trade was forced, leading to the Raptors being dragged by NBA fans for spurning DeMar DeRozan for Kawhi Leonard. But, just ten months later, the Raptors are in the Finals, while DeRozan lost in the first round to the Denver Nuggets. Raptors fans are happy and one dug up Kawhi Leonard’s high school yearbook photo.

More in Hip Hop News
Kawhi Leonard Bangs on Giannis Antetokounmpo with this epic posterizing dunk in the 4th quarter #NBAonTNT #WetheNorth #TORvsMIL
Fan Who Got Into Confrontation With DaBaby..And Then Ended Up Regretting It Issues Response And Congratulations