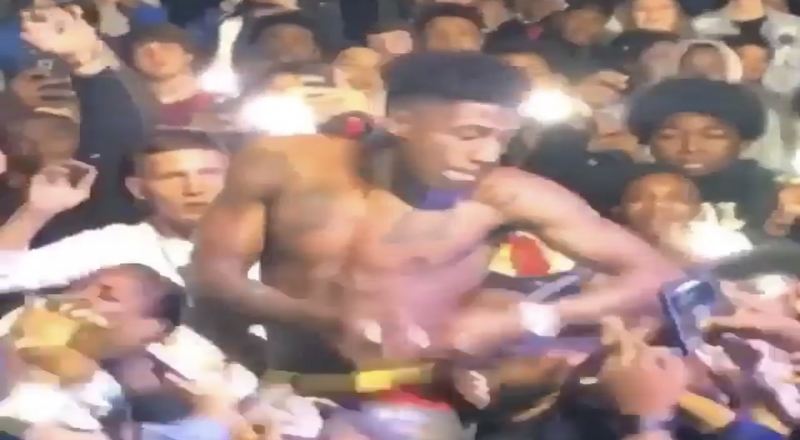 NBA Youngboy released his new “Realer” mixtape yesterday and had the streets going crazy. It featured 12 tracks with appearances by Plies and Lil Baby.

Youngboy has been known to get physical with fans at his shows and that happened again tonight. For some reason, he decided to take off his chain and perform while holding it in his hand. That’s when a fan tried to grab it. Youngboy was able to hold onto the jewelry all while trying to punch the fan. After he got up off the ground, he went right back to performing like nothing happened.

If NBA Youngboy doesn’t want anymore incidents like this, then he needs to stop being so close to crowds to the point that his jewelry is in reach. Check out footage of the brawl below.