Home » Articles » Fan Who Got Into Confrontation With DaBaby..And Then Ended Up Regretting It Issues Response And Congratulations 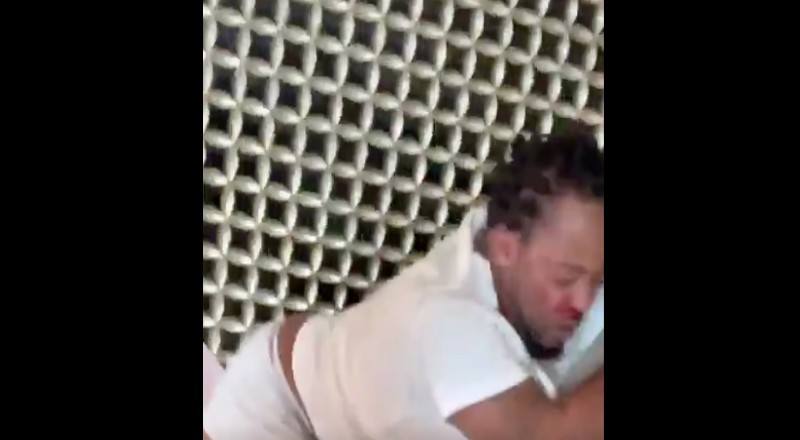 North Carolina Rapper DaBaby is trending right now for an apparent fight he got into at a mall. While you may be thinking that it’s a negative story for DaBaby, after taking a look at the video of the confrontation, you’d be surprised. Apparently some random fan who talking with DaBaby who was jewelry shopping. He was talking loud and cursing at DaBaby and his security team. It seems like he was trying to bait DaBaby into a situation with him. Well….he got exactly what he was looking for. You’ll see in the video that it starts off with the fan talking tough with DaBaby. Next is the DaBaby talking back telling the guy to just go about his business. Next slide is kind of shocker  when you see DaBaby gloating over the agitator with bloody and knocked out with ass and underwear out.

Da Baby had this grown ass man crawling on the mall floor in his draws. How you get your shorts beat off you? Lmaoooooprjfjfjfjfjfjfjfjfjfjfjfjfjic.twitter.com/N4sLJWscPv

The guy who got beat up actually posted a response video. He at first insulted DaBaby, but then proclaimed that he doesn’t have any problem with him or his security. He wished him continued success all while showing off his face to prove that he didn’t sustain major damaged from losing the fight. Strange flex I guess. Moral of the story, do what DaBaby says and just leave him alone.

Today people love record shit to much 🤦🏾‍♂️
Now look at this puss try record g checking a rapper to go viral got beat up went viral and wot u think he do nx?🤔💭
Take out his phone to record himself chat more shit 🤷🏾‍♂️
Someone should of let him kno Da Baby different pic.twitter.com/g7gs0AovVY

More in Articles
Milwaukee Bucks vs Toronto Raptors – Full Game 6 Highlights | May 25, 2019 NBA Playoffs #WeTheNorth #Game6 [VIDEO]
Kawhi is crowned the best player in Raptors history for leading Toronto to their first #NBAFinals, while Drake and Twitter roast Giannis for choking in the clutch #WeTheNorth