Home » Hip Hop News » Fans at Gervonta Davis vs Rolando Romero ran, after fight ended, due to man reportedly having gun, outside of Barclays Center [VIDEO] 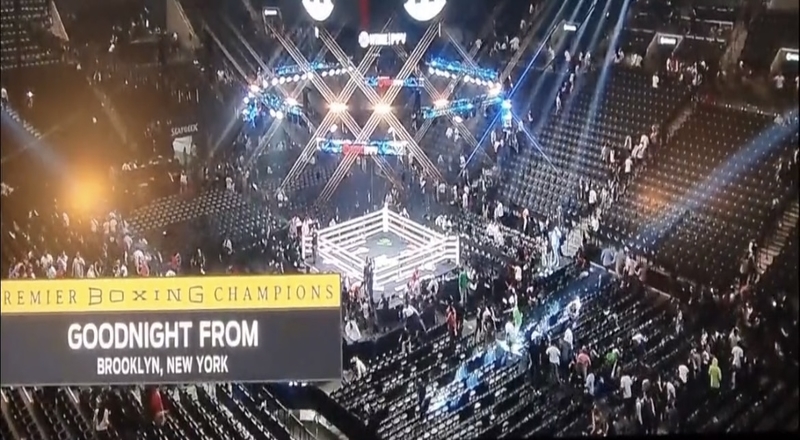 Saturday night featured another huge boxing main event, at Brooklyn’s Barclays Center. This featured superstar fighter Gervonta Davis, as he looked to hold on to his undefeated record, vs another undefeated fighter, in Rolando Romero. This fight generated a lot of hype coming in, as Romero talked a lot of trash.

Davis ended up securing the quick win in the second round, as Romero ran into a hard jab. Shortly after, Romero demanded a rematch, due to believing he was in control of the fight, until that sixth round.

Following Davis vs Romero, there was panic inside the Barclays Center. Fans started to run, after reports of an alleged shooter, outside of the venue. This report ended up being shot down, as nobody was firing any sort of gun. Tennis superstar Naomi Osaka went on to explain the panic that ensued.

“I was just in the Barclays center and suddenly I heard shouting and saw people running, then we were being yelled at that there was an active shooter and we had to huddle in a room and close the doors, I was so fucking petrified man. I really hope everyone made it out safely, since I’m tweeting this we made it out ok.”

Mike Coppinger of ESPN went on to report that a Barclays Center security superviser said a person with a gun was in the main plaza, and that led to a stampede, and fans coming back into the arena. Multiple people ended up in a local hospital, as 12 injuries were reported.

A Barclays Center security supervisor told ESPN there was a person with a gun in the main plaza that led to a stampede back into the arena. Multiple people transported to hospital. Official estimated approximately a dozen injuries. Among them: a concussion and an elbow injury. https://t.co/LPfMO5qPzT

Omg I think someone was shooting at Barclay's just now. Huge stampede near the exit. Literally had to jump on the floor for cover. #Barclayscenter #stampede #DavisvsRomero pic.twitter.com/vKZntop40H

PBC feed of the incident after the live broadcast pic.twitter.com/mWMYbIJqvm