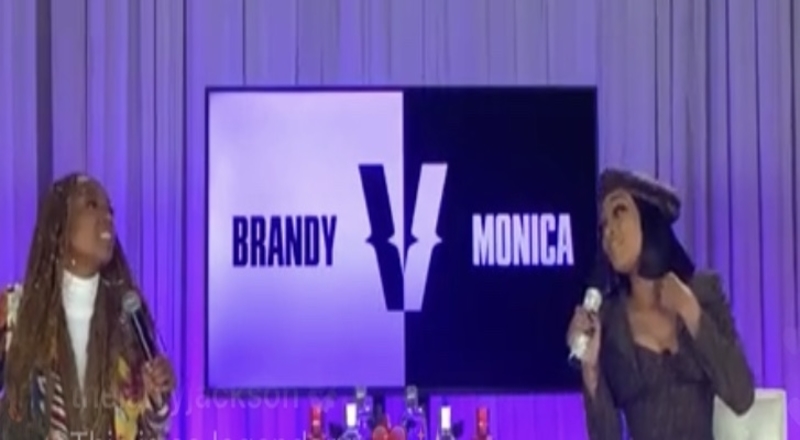 Monday night featured a highly anticipated Verzuz battle between R&B legends, Monica and Brandy. Shortly after the success of their No. 1 hit single, “The Boy Is Mine” in 1998, fans tried to pit the two against each other which resulted in beef with the two even though they collaborated again in 2012 on “It All Belongs To Me.”

Tonight, the two showcased their greatest hits of all-time. Some of Monica’s key records included “Don’t Take It Personal” and “So Gone.” She also premiered her new “Trenches” single with Lil Baby. Brandy turned on “Have You Ever” and The Boy Is Mine.

The battle took place in Tyler Perry Studios in Atlanta, which is also Monica’s hometown. This Verzuz was in high demand as both Monica and Brandy put on a show. We even received a short appearance by Brandy’s brother, Ray J. Fans approved of this matchup as well. There was also debates about who truly won this battle and if the two actually enjoyed being there due to the previous feud. Some fans even thought about a tour with Brandy and Monica but that may not happen between due to their history.

Check out some social media reactions along with footage of the battle below.

Continue Reading
You may also like...
Related Topics:brandy, monica, verzuz

More in Hip Hop News
Brandy done got thick AF, or it’s the jeans, according to Twitter, as that’s distracting them in this Monica Versuz #BrandyVsMonica
Juicy J Commented During Monica Vs Brandy #Verzuz Battle That He Wants To Do One Against Jay Z or Have Three 6 Mafia Vs NWA