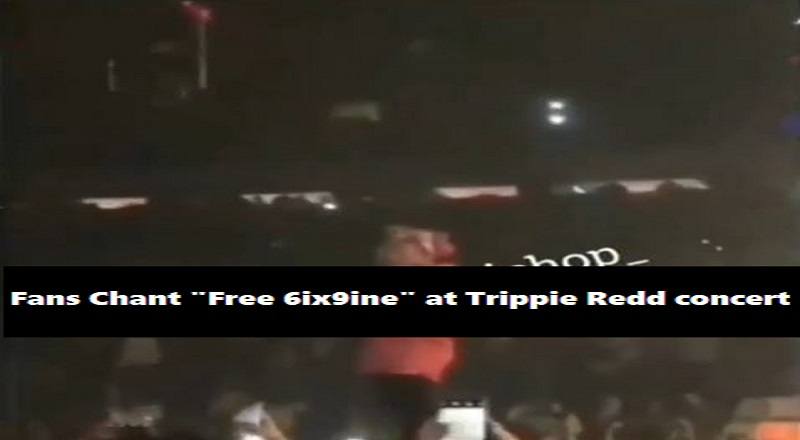 Last summer, Trippie Redd was the viral phenom that took over the game. When he rose to notoriety, Trippie Redd had 6ix9ine with him, and the two were friends. Only months later, 6ix9ine would rise to fame in his own right.

6ix9ine would become the bigger star and Trippie Redd soon began beefing with him. This led 6ix9ine to say Trippie Redd was jealous of his success. A few times, they have attempted peace, but these guys really don’t like each other, and their fans are also involved.

Trippie Redd recently performed and the fans interrupted his concert with a chant. The fans began trolling Trippie Redd, a troll in his own right. While he was trying to perform, they began chanting “FREE 6IX9INE,” repeatedly.