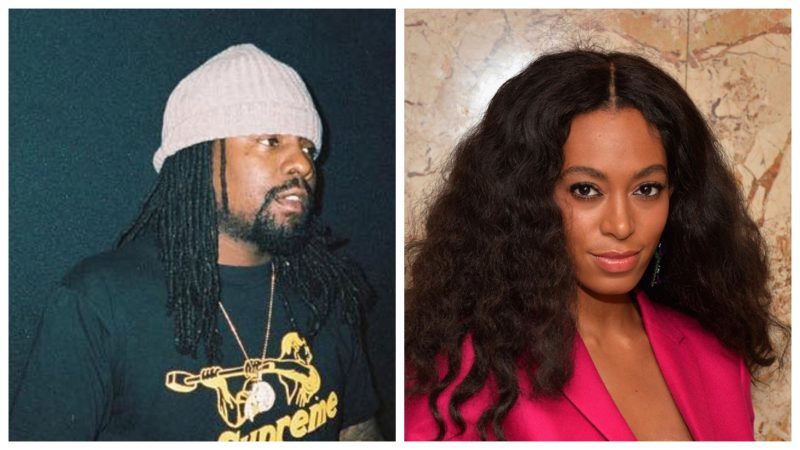 We were today years old when we found out that Wale and Solange used to be an item.

Fans went digging and found out that the two used to date. In a previous interview with honeymag.com, Wale spoke highly of Solange saying:

I do love her. We’re friends. She’s amazing. She’s a good person. Any single mother contributing to society the way she does – I got a lot of love for them. She’s got to do a lot on her own and raise a young black man in this day and age so my hat goes off to her. She’s definitely an anomaly. And the way she can do that and manage to do the same things that I complain about having to do.”

Solange is now happily married and Wale recently had a baby girl. These two could’ve definitely been a forever to reckon with as a couple in hip-hop and R&B today. Take a look at some tweets from fans about the relationship that no one knew about.

Nobody acknowledges the fact that Wale’s song “Lotus Flower Bomb” is about Solange. https://t.co/PpGVrJHEtM

Apparently Solange and Wale used to date and Lotus Flower Bomb and the Matrimony are about her. I- pic.twitter.com/Hb9CJVGNf1

Wale and Solange dated? You know how creative and dope this couple would’ve been if they would’ve got married? No shade to her current husband but sheesh ! Low key could’ve been millennial Hov & B.

I just google wale and solange, I never knew they dated.. where tf was I

More in Hip Hop News
Lira Galore explains all the drama with Pee, saying every time they “fake break up,” he shows her all the DMs other girls send him [PHOTO]
DJ Snake’s single, “Taki Taki,” featuring Cardi B, Selena Gomez, and Ozuna makes YouTube history, as the tenth-fastest video to reach 100 million views