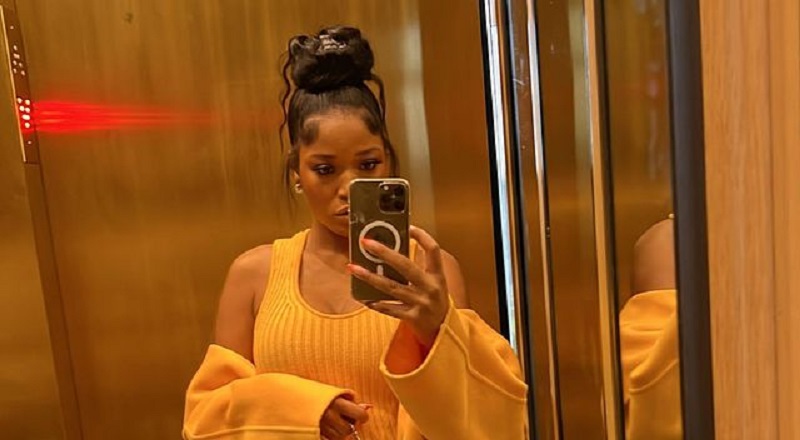 Keke Palmer always overachieves in whichever position she is placed into. In 2019, she made a guest appearance on “GMA 3.” At the time, Keke Palmer was placed with Sara Haines and Michael Strahan. Unfortunately, the 2020 lockdown ended the show. However, Keke kept shining. Now, there are rumors that she is expecting a child.

Keke Palmer rose to fame, in 2007, when she starred in Akeelah and the Bee. The movie was a major success and it made her a household name. However, Keke Palmer’s first major placement came a year prior. In 2006, Ludacris cast Keke as one of the little girl protagonists in his “Runaway Love” music video, where she portrayed a pregnant teen.

Keke Palmer did her thing, at New York Fashion Week. She commanded the attention of the people. After all, Keke Palmer is an entertainer, first and foremost. In addition, she has the kind of personality that draws people in. While Keke was making her presence felt, during Fashion Week, she also commanded attention for another reason. Many people noticed Keke covering her stomach. For some reason, they think it’s intentional. As a result, Twitter is questioning whether she is pregnant, or not.

More in Hip Hop News
Brooklyn pastor Lamor Whitehead, who was robbed of $400,000 in jewelry during live-streamed service, grabs woman by her neck, during latest service [VIDEO]
Houston woman goes viral, after walking into popular Turkey Leg Hut restaurant, with no clothes on