Home » Hip Hop News » Fans on Twitter use Xscape getting attention, on #Verzuz, to attack Tiny, over her and T.I.’s allegations 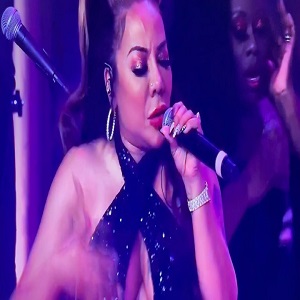 Because it was so long ago, people forget how dope Xscape was, during their time. This group rose to the top, for a reason. But, Kandi and Tiny are the best-known members of the group, due to reality TV.

Tiny was already more known as T.I.’s baby mama, and later wife, instead of the group. The past few years have seen Xscape reunite and return to the forefront. They even, briefly, had their own reality show.

Recently, Tiny and her husband, T.I., have faced sexual assault allegations. Tonight, though, Tiny was reunited with Xscape, doing Verzuz, with SWV. The fans on Twitter used this opportunity to attack Tiny, over the allegations against her.

Read the tweets about Tiny below:

More in Hip Hop News
Xscape won the #Verzuz battle, against SWV, according to Twitter, and they’re asking if they can just end this thing now
Clip of Pooh Shiesty Wearing His Sister’s Wig, Before The Fame, Goes Viral [VIDEO]