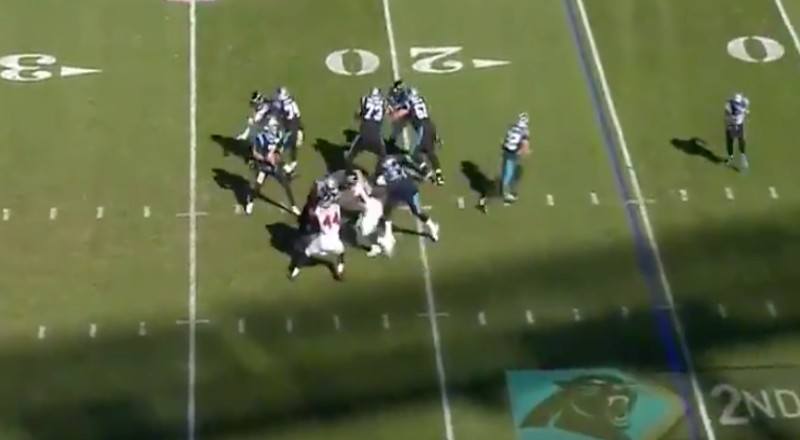 When it was announced that quarterback Cam Newton would miss the remainder of the season, the discussion on whether it was time for the Panthers to move on from Newton started to take place. Newton, who’s been battling injury all through the season, has been placed on IR. Kyle Allen has been the relief, taking over the starting QB responsibilities.

After just a few game when Allen played well, fans began to fix their lips to say that Allen was the quarterback of the future. Some even began to say that Allen was better than Newton. Well fast forward to today’s game against the 2-7 Falcons and we now have Kyle Allen throwing three interceptions in just the first half. Fans are now roasting him along with the Panthers organization for even thinking this notion. With today’s performance, it appears that the trade talks involving Cam Newton may be swinging in his favor, because Allen definitely isn’t doing any for himself.

Kyle Allen driving to the stadium this morning. pic.twitter.com/l2LWlRAayB