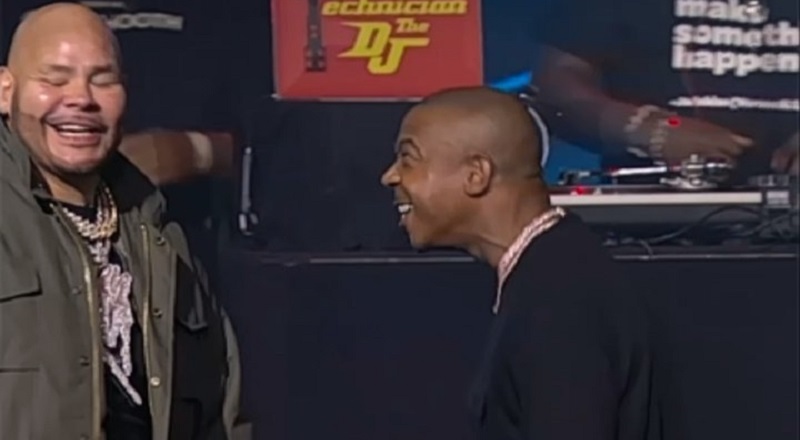 Few rappers have ever been as close as Ja Rule and Fat Joe, over the years. When Verzuz first launched, fans wanted Rule to battle 50 Cent, but due to their real beef, it was never happening. With Ja deserving a Verzuz, Joe stepped up for his brother.

Fat Joe has been on Instagram Live, for well over a week, warning Ja Rule. First, he told him to keep it respectful, because of their friendship, and he went onto tell him he would give him this work. As soon as Ja came onstage, they went at it.

During his intro, Ja Rule went all out, and Fat Joe questioned what he was doing. Joey’s first question was “what is this sh*t?” and then he asked if they were battling, already. The fans on Twitter have Joe trending for that.

More in Hip Hop News
Nas ft. Blxst – “Brunch on Sundays” [VIDEO]
Ja Rule tells Fat Joe “I wrote it,” when he clowns him for doing Jay-Z’s “Can I Get A…” #Verzuz