Home » Hip Hop News » Feby looks like Cardi B, but #BasketballWives fans think she should leave the rapping alone, dragging her for her OG diss track and not saying ish to her about beef #BBWLA 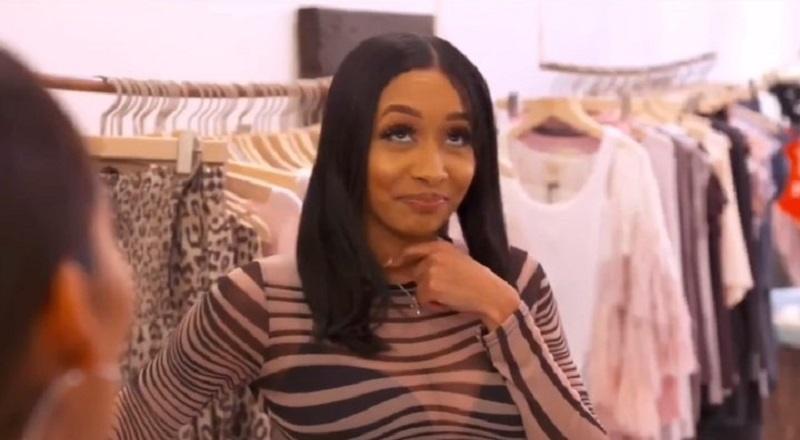 While people are taking Malaysia serious in her beef with OG, the same doesn’t go for Feby. Instead, the fans are wondering why she’s going so hard, and talking so much. For all the talk she’s had, Feby hasn’t said any of it to OG.

Yet, in tonight’s “Basketball Wives” episode, Feby was going all out in her beef with OG. Out of all the things Feby could pull out of her bag of tricks, she came with a diss track. Really, Feby has a diss track directed towards OG.

Early in tonight’s episode, fans discussed how much like Cardi B Feby looks. But, that isn’t enough for the fans to give her a pass on this one, nor do they think she has the rapping skills. They have come for her over her coming for OG, without saying one thing to her face.

Read the tweets about Feby below:

More in Hip Hop News
Malaysia is doing the most and Twitter isn’t feeling her for butting into Kristen’s beef with OG #BasketballWives #BBWLA
Apryl Jones explains her relationship with Lil Fizz, saying they’ve talked about dating, but have work to do; However, she would sleep with him, because “he deserves this p*ssy” #LHH [PHOTO]