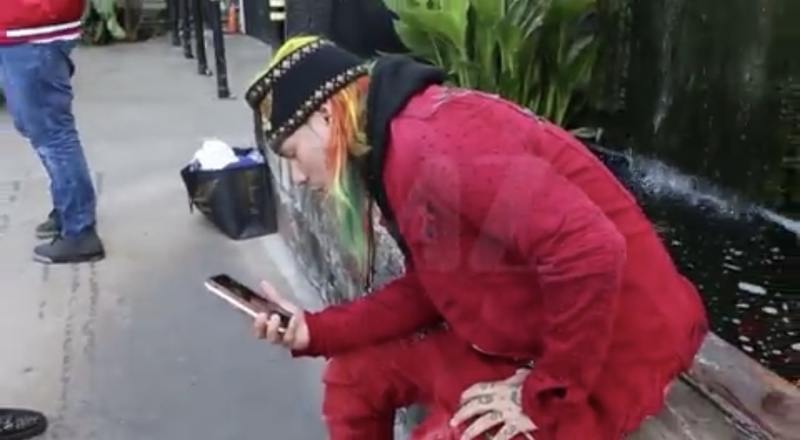 Tekashi 6ix9ine looked like he was gonna take over 2018 but then many many legal issues plagued him such as his sex with a minor case that he beat, but then got hit with racketeering, murder conspiracy, assault, and weapons charges. He’s now locked up and facing a life sentence until his trial on September 4, 2019. A woman also filed a paternity suit this week claiming that 6ix9ine is the father of her child. He could have to pay child support which could be a problem since he’s in prison.

In 6ix9ine’s fed case, his beef with Chief Keef from this past summer is being used against him as evidence of why he should remain incarcerated. According to TMZ, police are saying that 6ix9ine implicated himself by being responsible for being suspected of setting up someone trying to shoot at Keef at a NYC hotel. Federal prosecutors are now using evidence from this incident to try to see if additional charges will be added to 6ix9ine’s current case.

Police also stated that 6ix9ine put a hit out on Keef’s cousin as he was on the phone with the cousin trying to plot on him. 6ix9ine was trying to get the address of the hotel that he was at. 6ix9ine definitely snitched on himself in that situation where feds had all the evidence that they needed. If he did set up the shooting, it’ll be even more difficult to see his freedom next fall.