Home » Hip Hop News » Felonies For All 87 Protestors Who Appeared in Front of Kentucky Attorney General Daniel Cameron’s House To Call For Justice Breonna Taylor, Which Included Porsha Williams, Yandy Smith, and Trae Tha Truth Are Dropped; Misdemeanors Are Still on For Now 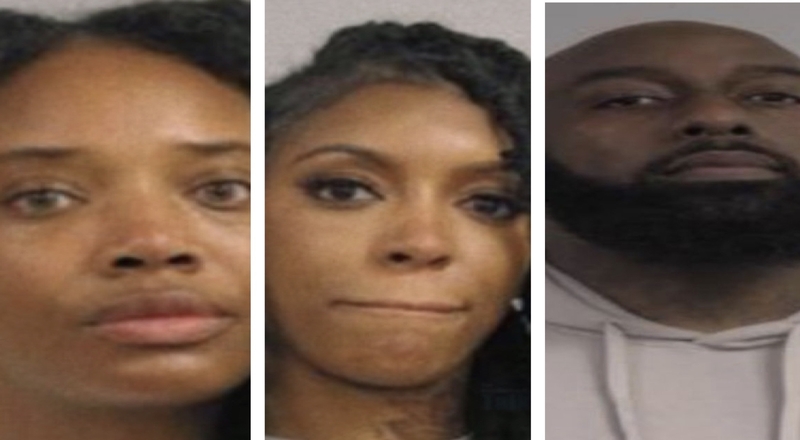 A few days ago, a huge protest went down in front of Kentucky Attorney General, Daniel Cameron’s home in Louisville, KY. This also the same city where Breonna Taylor was shot and killed by three members of the Louisville Metropolitan Police Department on March 13. This was done under a “no-knock” order which has since been banned as a result of the newly passed “Breonna’s Law.” Taylor was shot eight times as these officers mistook her home for a nearby drug house as those suspects were already in custody.

AG Cameron still continues to do nothing in getting Taylor justice so these 87 protestors decided to let him know personally. All were arrested and charged with a felony and two misdemeanors. Celebrities such as ‘Real Housewives of Atlanta’ star Porsha Williams, ‘Love and Hip-Hop New York Star’ Yandy Smith, rappers YBN Cordae and Trae Tha Truth, and Houston Texans WR Kenny Stills were arrested as well. According to TMZ, these felonies have been dropped but the misdemeanors are still on the table.

The felony was listed as intimidating a participant in a legal process. This could’ve been a result of between 1-5 years in jail. Jefferson County Attorney Mike O’Connell made the announcement today though about these being dropped.

“After careful review of the law, I am dismissing the felony charge of Intimidating a Participant in the Legal Process against the protestors arrested on Attorney General Cameron’s property on July 14, 2020. “While we do believe the LMPD had probable cause for the charge, in the interest of justice and the promotion of the free exchange of ideas, we will dismiss that charge for each protestor arrested this past Tuesday.”

O’Connell added that the misdemeanors will be reviewed at a later date. These definitely deserve to be dropped as well. No violence were committed by any of these protestors. The officers who killed Taylor need to be arrested and charged just as quickly as it was done to the protestors. So far, the only progress made against the cops within the department is the firing of Brett Hankison, who is still planning to appeal this.

More in Hip Hop News
Tele-Jaguar shares video, on Facebook, of a white woman harassing a Hispanic gardener, demanding him to show her his papers, not wearing a mask, and getting in his personal space, even blowing kisses at him [VIDEO]
Tamar Braxton allegedly sent a text message out, saying she is a slave, and the only way she sees out is death, before her overdose, and changed her Twitter name to Tamar “Slave” Braxton [PHOTO]