Home » Hip Hop News » Fetty Wap’s wife, Leandra aka @rosedealer, changed her IG bio to “I want a divorce,” before making her profile private, and removing the bio [PHOTO] 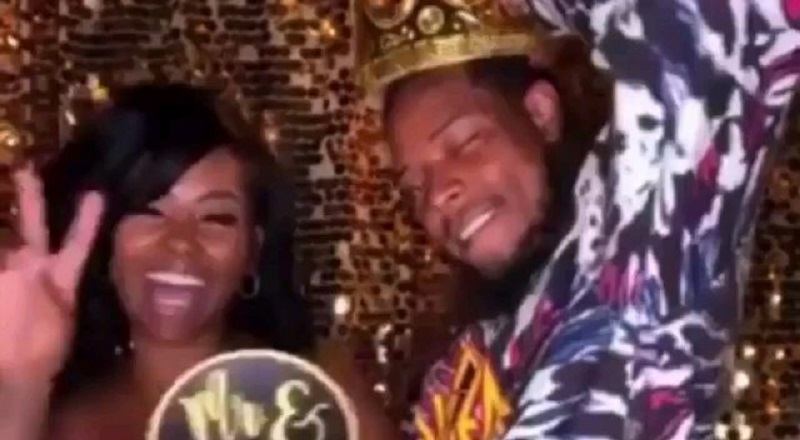 Two months ago, Fetty Wap surprised the world, when he denounced his player ways, and became a married man. The woman he married was a lady named Leandra, aka @rosedealer on Instagram. When the two wed, it was major news, on the blog scene.

Fetty Wap initially rose to fame, back in 2014, when “Trap Queen” blew up. When 2015 came, Fetty Wap scored a series of hit singles, including “My Way,” featuring Remy Boy Monty and Drake. After 2015, he has yet to score a hit single.

Since then, Fetty Wap has had stints on “Love & Hip Hop Hollywood” and “Love & Hip Hop.” He has been married since September, but there have been rumors of trouble in paradise, since day one. His wife has seemingly confirmed this, posting “I want a divorce” as her Instagram bio, which she has since deleted, and made her profile private.

More in Hip Hop News
Cardi B makes her return to music with freestyle, re-posted by JT, which gets both of them dragged, as fans threaten to send her back to jail, and asked who wrote the freestyle, saying Nicki’s better; Celebrities such as Lala, Katy Perry, and A$AP Ferg say it’s fire… lit [VIDEO]
Omarion announces #MillenniumTour2020, but J-Boog says B2K will not be a part of the tour #LHHH [VIDEO]