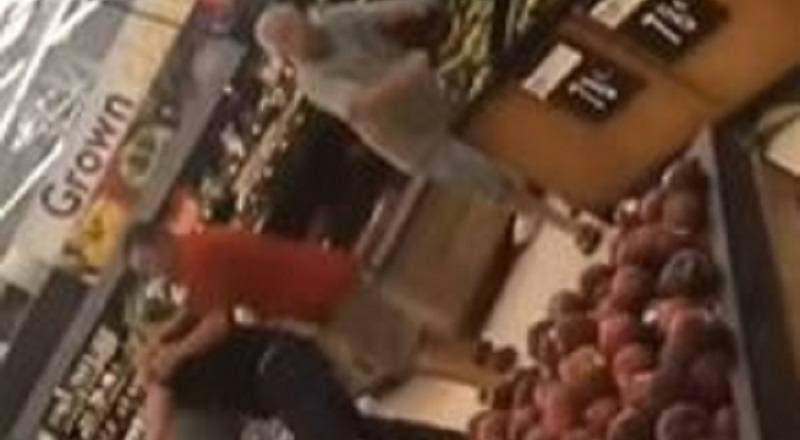 What in the ghetto? Apparently, tensions came to a head in a Walmart, in North Carolina, recently. Disagreements happen all the time and some wild fights are known to break out in some random places, and these NC folks couldn’t hold back, in Walmart.

It’s unclear what began this fight, but it started out as a simple argument that got loud. As the argument got intense, one man ended up bodyslamming the other man. He slammed the other man into a pile of produce.

Soon, punches were being thrown, and additional customers got drawn into the fight. Several vegetables were thrown and also some peaches wound up being thrown. This led to some employees from the store coming over and trying to break up the fight.

Continue Reading
You may also like...
Related Topics:north carolina, walmart

More in Hip Hop News
XXXTENTACION – Documentary Trailer [VIDEO]
Stefflon Don gets dragged in her IG comments, over a music video clip she previewed, where she seems to be making fun of Black Lives Matter; She responds and says “get yo sensitive a** out my comments” [PHOTOS]