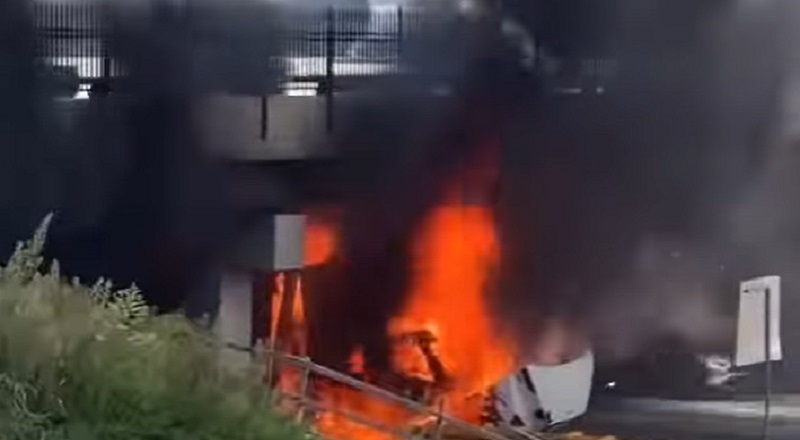 Fiery accident involving 18 wheeler shuts down I-285 in Atlanta

Anyone familiar with Atlanta knows how hectic the traffic is. Basically, every hour is rush hour in Atlanta. Accidents are a way of life, in the city. Given the high volume of traffic, it is understandable that accidents happen. However, some accidents are more serious than others.

An accident on Interstate 285 ended up closing the highway down. Traffic was forced onto nearby highways and there were drivers who shared bits and pieces of the accident on social media. It turns out, there was a major accident, which involved at least one tractor trailer eighteen wheeler. The crash led to the big truck catching on fire. For fear that the wreckage could get worse, redirects were placed, forcing drivers to take alternate routes to avoid traffic near the crash site. As of press time, there is no word if there were any fatalities in the crash.

Fiery accident involving 18 wheeler shuts down I-285 in Atlanta

More in Hip Hop News
Lil Baby reportedly won $1 million at casino, over the weekend, and gave his friends $10,000 each
GloRilla continues to reject requests that she should get her body done; Says people need to get used to her slim body