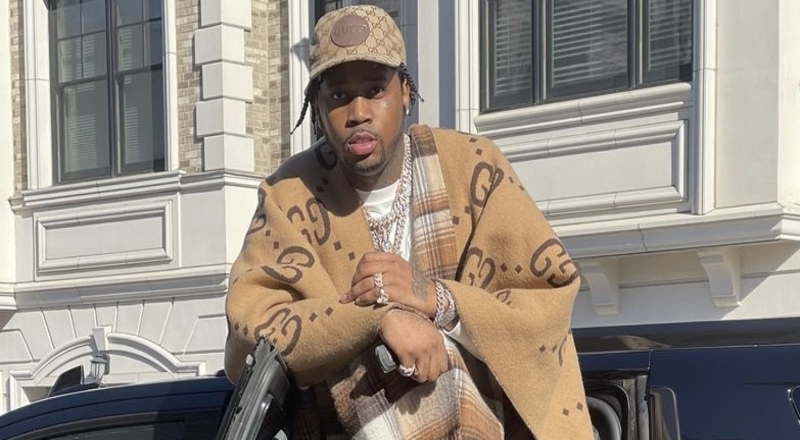 Fivio Foreign has had a huge start to the year, as he’s been part of one of the biggest records out. This is “City Of Gods,” which included Alicia Keys, and appeared on Kanye West’s new “Donda 2” album. It currently stands at number 70, on the Billboard Hot 100 chart. It originally debuted at number 46. Fivio also appeared on Kanye’s “Off The Grid” song with Playboi Carti, from the first “Donda” album, in 2021.

Fivio is also preparing to release his debut studio album, “The Bible.” The original release date was March 25. However, a new release date is here.. Fivio took to Instagram Live and emphasized that he wants the project to be a good final product, and The Bible will be out on April 8.

“My album gon’ be pushed back. I pushed it back one more time, this is the last time though for sure. It was March 25, now it’s April 8. It ain’t really a reason or anything, I just wanted to make that sh*t perfect. I want it to be the perfect album. That sh*t is going to be viral. Stay tuned, that sh*t gon’ be viral. April 8.”

Fivio has since teased collaborations from the album, with Quavo and City Girls. Last month, the Brooklyn rapper also previewed the music video for the City Girls collaboration.

Check out Fivio Foreign speaking on pushing back “The Bible” album below.

Continue Reading
You may also like...
Related Topics:featured, fivio foreign, the bible

More in Album Preview
Drake announces NYC and Toronto concerts [VIDEO]
Brent Faiyaz held back by security, after scuffle with man who approached him, at an LA rooftop lounge [VIDEO]