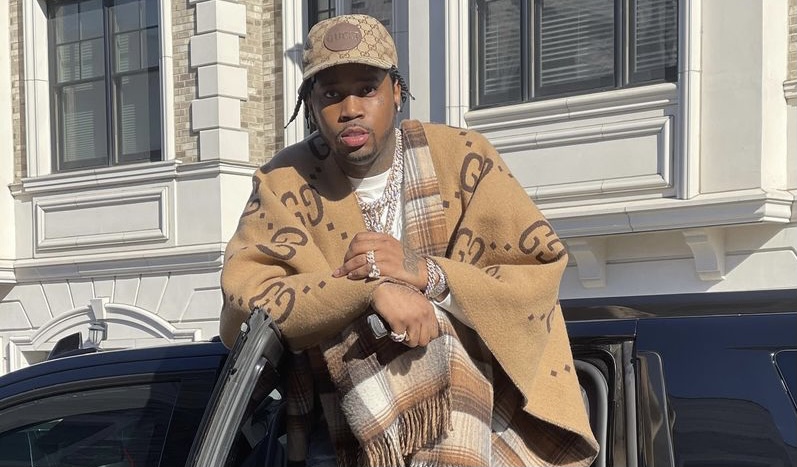 Fivio Foreign continues to have serious legal issues. In March, he denied raping a woman at a party in New York. This is after she claimed that the Brooklyn rapper locked a room and forcefully touched her vagina. Last fall, Fivio was also arrested after reports off getting into a physical dispute with his girlfriend but she denied that occurring.

Now, Fivio has more problems on his hand as he was arrested in New Jersey yesterday, according to the Daily Voice. He reportedly left his car on in a no-parking zone as he walked into a Citibank. An officer soon arrived and then, Fivio refused to hand his drivers license over.

Fivio was walking away but was soon caught in a nearby parking garage. From there, a loaded handgun fell out of his possession and was soon arrested. Fivio was immediately charged with possession of a firearm for unlawful purposes without a required permit, possession of a defaced firearm, and resisting arrest.

Last year, Fivio released his “800 BC” mixtape. This project contained eight tracks with appearances from Meek Mill along with Quavo and Lil Baby, as those two appeared on the “Big Drip” remix. Fivio also appeared on two tracks on Pop Smoke’s posthumous debut album, “Shoot For The Stars Aim For The Moon.”

Continue Reading
You may also like...
Related Topics:featured, fivio foreign

More in Hip Hop News
Floyd Mayweather Reportedly Looking To Fight Logan Paul in Rescheduled Exhibition Boxing Match in Miami in June
Baby Blue Whoaaaa thanks people for their prayers, via Twitter, telling the world he’s recovering, but the bullet traveled through his lungs, and went into his back, so he’s now learning to breathe and walk, again