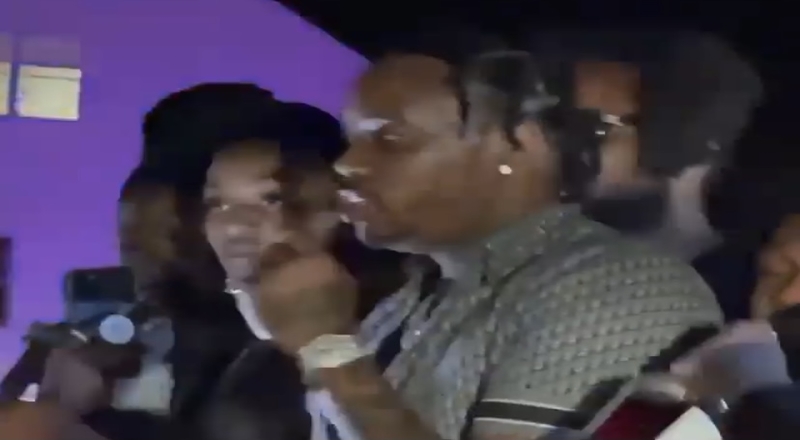 Kanye West’s 10th studio album, “Donda,” finally dropped, on Sunday, much to the delight of his fans. This project was delayed three times over the past month, as the final listening event took place in Ye’s hometown of Chicago, last week.

Donda is on its way to a huge first week in sales, as it’s projected to sell 300,000 units. It contained some very impressive features as well, which includes Lil Baby, Pusha T, The Weeknd, Travis Scott, Roddy Ricch, Fivio Foreign, Jay Z, and more.

Fivio was featured on “Off The Grid,” which also included Playboi Carti. Social media was feeling Fivio’s verse a lot, as the Brooklyn rapper recently performed this at a fan’s sweet 16 birthday party.

Fans were definitely feeling Fivio dropping this new verse in front of them, as he was part of arguably the album of the year in hip-hop so far. He was also featured on “Ok Ok,” which also included Lil Yachty and Rooga.

Check out Fivio Foreign perform his “Off The Grid” verse at a sweet 16 birthday party below.

More in Hip Hop News
Harmonize – “Teacher” [VIDEO]
Lil Nas X Skates With Tony Hawk, a Week After Calling Hawk Out, For Putting Blood in His New Skateboard, After Nas X Got Backlash For “Satan Shoes” This Year [VIDEO]