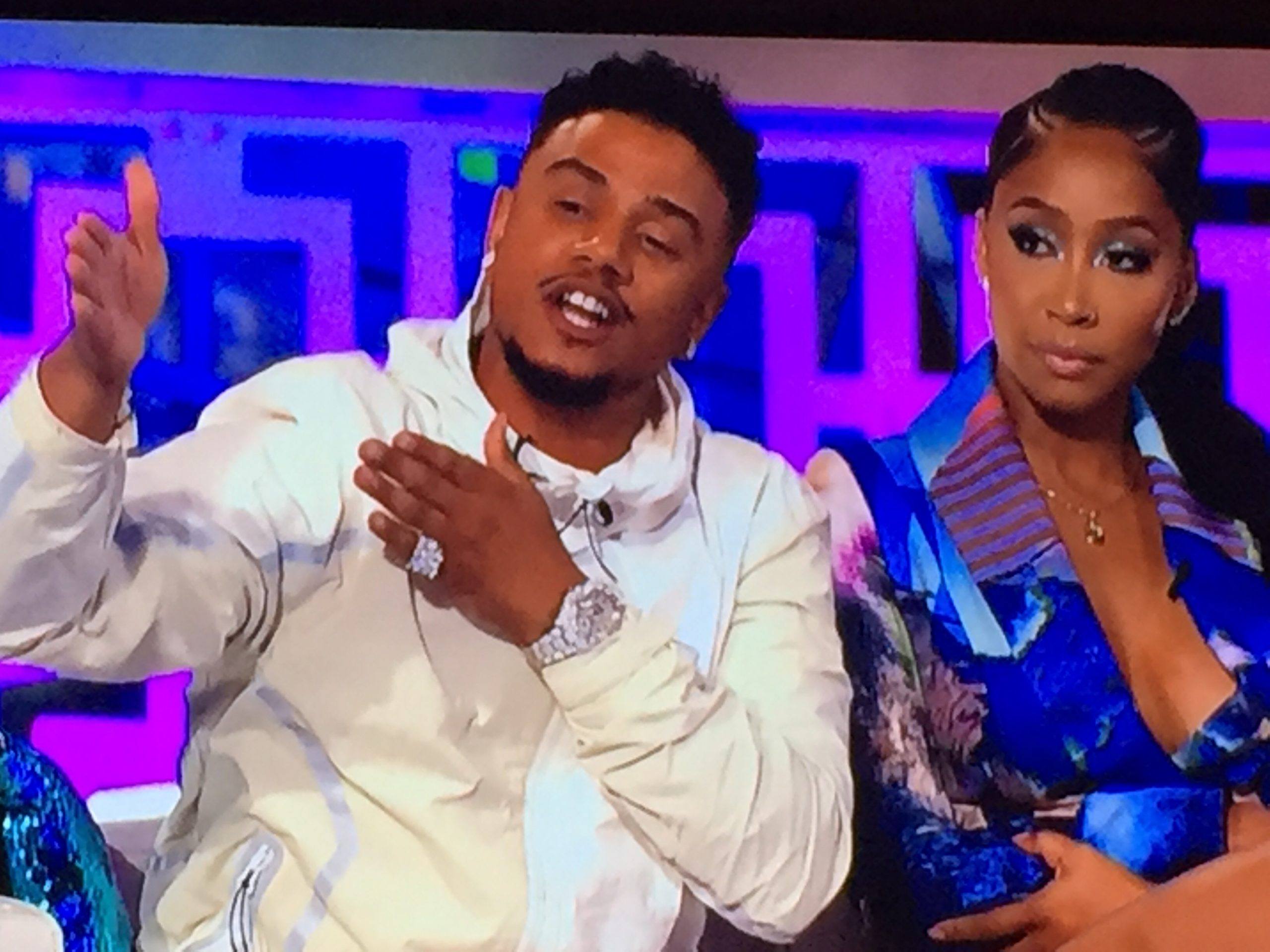 The Fizz, Omarion, and Apryl beef has seemingly continued…on and off the scene.

While Omarion has done his best to stay low-key and out of the public eye, Fizz and Apryl have had no problem putting their dirty laundry out on front street.

A few months ago, we learned that B2K was “one big happy family…” or were they? Group member Lil’ Fizz hooked up with the lead member Omarion’s baby mama, Apryl Jones, and things haven’t quite been the same since.

As if the drama surrounding B2K’s 2019 ‘Millennium Tour’ wasn’t enough, with Raz B’s start-again-quit-again antics, Fizz broke the bro code and went from best buds to best boos with Apryl.

Everyone suspected it, but Fizz and Apryl weren’t exactly honest about it… at all. Well, until the last few episodes of Love & Hip Hop: Hollywood, where the two were seen smooching and buying houses together.

What was once a brotherhood between Fizz and Omarion ended in no hood.

Or was there ever really a brotherhood?

According to Fizz, he said on Love & Hip Hop: Hollywood‘s season six reunion show that he and Omarion hadn’t been friends in a loooong while, and it had nothing to do with Apryl.

In fact, he claims that Mr. Stay Out of the Way, AKA Omarion, only brought him on the show in season one to “look like” he had someone to kick it with.

But, while Fizz says that with total confidence, fellow member J-Boog denies that. He even called Fizz and Apryl out on their bull and said that he and ‘O’ have had a conversation about it.

From what Boog says, no one’s feeling it, and he definitely isn’t feeling it… since it’s stopping his bag.

In case y’all don’t know, Omarion recently announced ‘The Millennium Tour 2020,’ and B2K is nowhere in sight. Of course, the reunion was more than likely filmed before his announcement, but still.

Clearly, the only two who don’t see a problem with Fizz and Apryl’s newfound union is them.

Paris Phillips and Zell Swag put their two cents in as well, which resulted in name-calling and so much more.

Here’s what our people over on Twitter had to say:

soooo can we add j boog to the LHHH cast and take apryl and fizz off????? because atp don’t nobody give af about them no more… they useless….

Apryl was arguing w Paris and Zell told her “watch your mouth before I beat up Fizz” #LHHReunion pic.twitter.com/lVP7FjLhId

They want Moniece to be pressed. I see that mean girl bully shit from a mile away. Fizz and Apryl are pretty as hell. Nothing wrong with trying to co-parent and Fizz disrespectful for making their communication go through Apryl and using the excuse that Mo still loves him #lhhh

Apryl a big hoe lol. I already c how everything going down. She broke cant really make no money if it aint for love n hip hop. Fizz in it for the sex as usual she choosing whoever can keep her purse filled. Zell told that nigga sit his down nigga ain’t move

Zell said be quiet before I beat up Fizz I mean, I get it and we all know the Fizz and Apryl situation is a hot mess and wrong but karma will hit them idk why anyone is so invested except maybe J-Boog and of course Omarion…. #LHHH #LHHReunion pic.twitter.com/zB9Q1N1YoK

I love @KalisWorld and understand exactly how she feel…Sis let me put a hit out on Apryl real quick, I’ll spare Fizz for the sake of your son but he getting beat up too 😂#LHHReunion