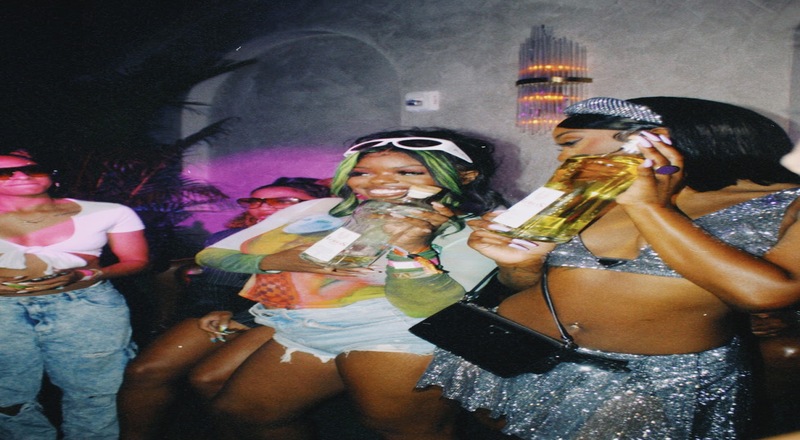 2022 Rolling Loud weekend in Miami, was definitely one to remember. The annual hip-hop festival concluded at Hard Rock Stadium last night, as it wrapped up three days worth of electric performances.

Two of the performers who brought the heat to Miami on Rolling Loud’s second and last day of performances, were Flo Milli and Dreezy. Following their two energetic performances, they joined J Mulan, to host the host NTWRK x Galore party in Miami. This event was held at La Otra, one of downtown Miami’s underrated nightclubs, as Hip-HopVibe was on site to check out the energy. Shiggy, Christian Combs, Baby Jay, and Monaleo also made appearances there.

This event also included custom cocktails from MTN DEW Energy & Lobos 1707 Tequila, ice cream sundaes from Chips Ahoy. Fans got to interact with the stars in attendance, as it was a very solid gathering, to wrap up another major Rolling Loud weekend, in Miami. This also wrapped up a huge week for Flo Milli, as she released her new “You Still Here, Ho?” album.

Check out more photos of Flo Milli, Dreezy and J Mulan’s NTWRK and Galore party in Miami, below.

More in Hip Hop News
Nick Cannon’s eighth child is born, after Bre Tiesi gives birth to their son
Chrisean Rock has fans thinking she is pregnant, as fans notice her stomach in double date pics with Blueface, Halle Bailey, and DDG