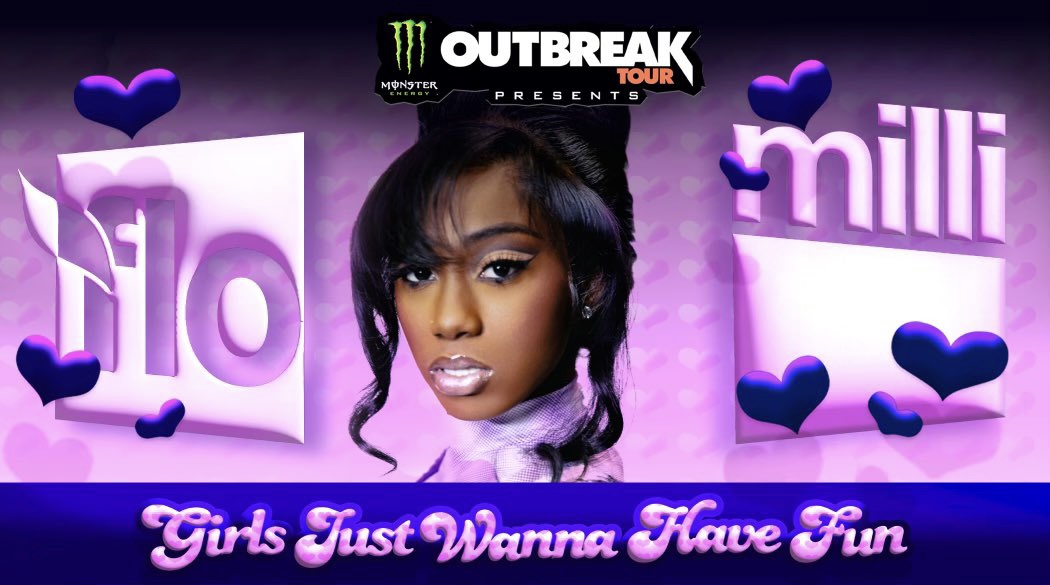 Over the past two years, Flo Milli has become one of the biggest artists, in the south. The Mobile, Alabama rapper took off in 2020 with the success of her breakout hit, “In The Party.” In 2021, Milli made even more noise with her “Roaring 20s” single.

Over a month ago, Flo Milli added even more momentum, with the release of her debut studio album, “You Still Here, Ho?” That project was led by singles such as “Conceited,” “Big Steppa,” and “PBC.” Milli also collaborated with Rico Nasty, Babyface Ray, and more, on the album.

That same month, Flo Milli also performed at day three of Rolling Loud Miami, where she definitely delivered an exciting performance. Now, she is officially going on tour.

Flo Milli just took to her social media to announce that she’ll be venturing on her “Girls Just Wanna Have Fun” Tour, starting on October 18. That first show will be held in Atlanta. 17 dates will be available, as the tour will conclude on November 16, in Los Angeles.

The Girls Just Wanna Have Fun Tour will also have Monaleo as a special guest performer, as she’s been one of the hottest artists out of Houston, since 2021. Milli’s tour is also sponsored by Monster Energy Outbreak Tour.

Check out the full list of dates, cities and venues, for Flo Milli’s “Girls Just Wanna Have Fun” Tour, below.

I’ve teamed up with @monsterenergy @outbreakpresents for my first headlining tour. @themonaleo you ready ?? cause GIRLS JUST WANNA HAVE FUN 💓
It’s gonna be a party every night, and I can’t wait to perform these new songs for everybody!
Hit the link in bio for 🎫 🎫 pic.twitter.com/5t20oQUQvt