Home » Hip Hop News » Flo Milli conquers Twitter, capturing the hearts and the minds of fans with her “Roaring 20s” music video, which captures the entire essence of the 1920s decade [VIDEO] 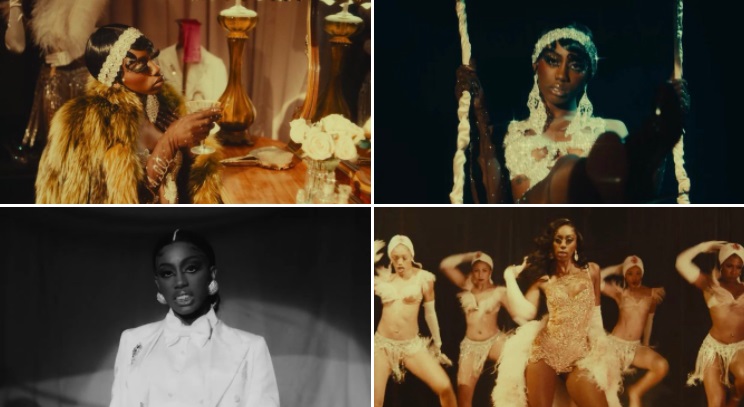 A little over a decade ago, the Alabama hip hop scene appeared to be blowing up. But, that moment came and went. The spotlight is back on, via Mobile, and Flo Milli is the current face of that city.

Flo Milli saw her career take off, back in 2018, which led to her getting signed to RCA Records. To begin 2021, Flo Milli dropped her “Roaring 20s” single. This record followed her nomination for Best New Artist, at the BET Hip Hop Awards.

Tonight, Flo Milli premiered the “Roaring 20s” music video, and it was well-received. The video is clearly inspired by the 1920s and the fans loved every bit of this. Because of this, the visuals are trending on Twitter, with fans having nothing but good things to say.

Read the tweets about “Roaring 20s” by Flo Milli below:

More in Hip Hop News
Yasmine Lopez posts bathroom pic of her and Trey Songz together, sparking dating rumors, and she pokes fun at the sextape rumors, saying “it ain’t no photoshop”
Sauce Walka and 21 Savage had beef, over a diamond, leading to Twitter going in, but Sauce Walka shares DM from 21 Savage, saying “Ion want smoke” [PHOTO]