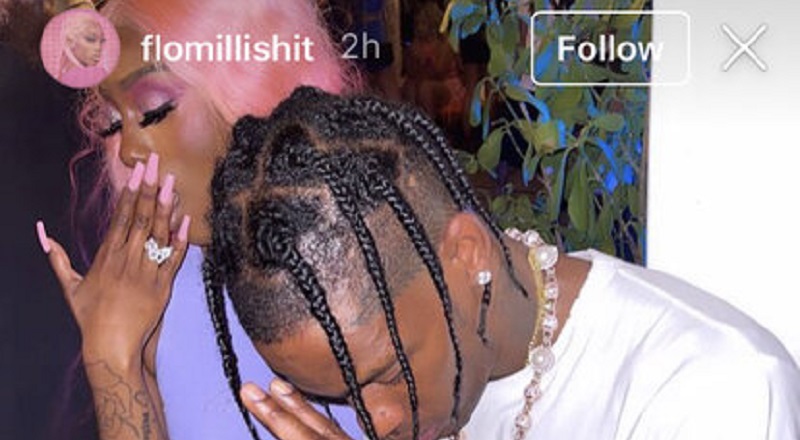 In the 2020s, Flo Milli has been one of the R&B stars rising to the top of the game. Recently, she made people talk, after posting a pic with Travis Scott. On her IG Story, she referred to them as a “real life Ken and Barbie,” making it seem like they are a couple.

Flo Milli is a rising sex symbol, in the industry, as social media is often complimenting her looks. If there is any truth to her IG Story, Travis Scott also appreciates her looks. The two would definitely make for a powerful couple, within the industry.

Recently, Flo Milli attracted tons of attention, with her IG Story, with Travis Scott. DJ Akademiks reposted the Story, on his Instagram. Calling herself and Travis “real life Barbie & Ken vibes…,” fans believe the two are dating, but Milli is downplaying it, saying she looks like Barbie and he looks like Ken, but Kylie Jenner fans are coming for her.