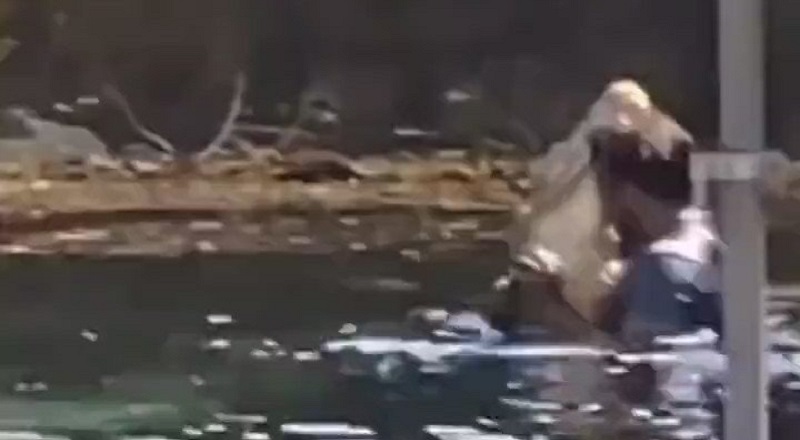 Florida man dances with alligator in the water

In Florida, there seems to always be somebody doing something outrageous. On FX’s “Atlanta,” the character of Darius (Lakeith Stanfield) explained it as “Florida Man.” After that, many news headlines began to incorporate this trope into their stories. As a result, the phenomenon has a life of its own.

The state of Florida is described as different, due to there being no way out. Joseline Hernandez explained this, when she was on “Love & Hip Hop Atlanta.” In addition, the state is more swampland that solid land. As a result, the people and the reptiles live on top of each other. While most people are afraid of alligators, Floridians embrace them.

This afternoon, a video on Twitter of a man from Florida is getting attention. There was a man who is definitely unafraid of alligators. Actually, he is so comfortable with the gators that he dances with them. Obviously, playing with animals as large and potentially violent as an alligator is no laughing matter. In no way does this article condone such dangerous behavior. However, this man got into the water, grabbed the gator, and began dancing with it.

Florida man dances with alligator in the water

More in Hip Hop News
Maiya The Don – “Telfy” [VIDEO]
Man gets a singer to serenade his wife and expose her for cheating on him, as he announces he is leaving her [VIDEO]