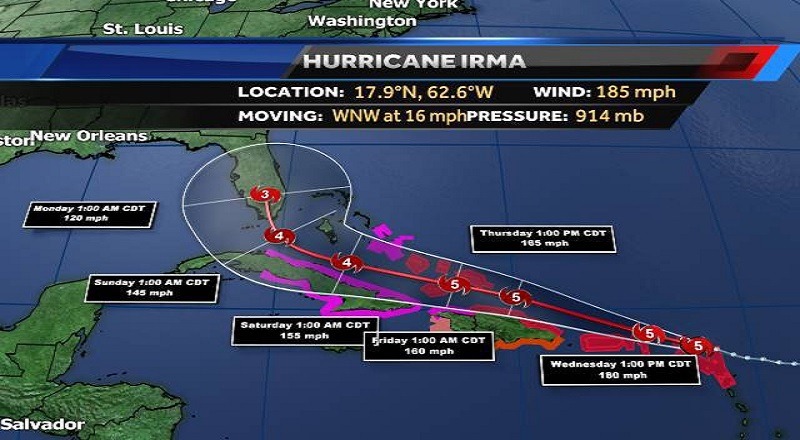 One good thing about the Hurricane Harvey ordeal in Houston is that people were forced to come together. The kindness the people of Texas showed each other was a beautiful thing. Over the course of the past year, a lot of people have gone against each other over politics.

While there will always be differences, people should never forget that everyone ultimately wants the same thing. There are only a few people in the world who don’t want to keep living. Already, before the storm even fully impacts, people are coming together.

Hurricane Irma landed in the Caribbean, this morning, and they are now dealing with the storm. Soon to follow will be Puerto Rico and Florida, primarily South Florida. Now, everyone is on Twitter, sharing information on how to deal with the storm coming, so keep these areas and their residents in prayers and well wishes.

Read the tweets about Hurricane Irma below:

More in Hip Hop News
Hazel-E was born in 1950? Google Search really did her dirty with this one #LHHH [PHOTO]
Jamie Foxx and Katie Holmes finally go public with their relationship and Black Twitter is happy it finally happened