Home » Hip Hop News » Floyd Mayweather has a man counting his money after him, to make sure it’s right, while shopping at Louis Vuitton store in Japan [VIDEO] 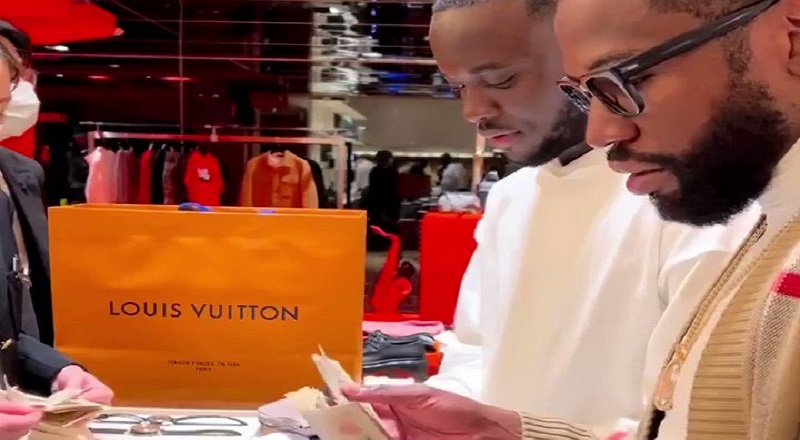 Floyd Mayweather, Jr. is one of the wealthiest athletes of all time. After all, his nickname is “money” for a reason. As a result, Floyd can often be seen showing off his expensive possessions. In addition, he is unafraid to flaunt his lavish lifestyle. Case and point, Floyd going to Japan to shop at the Louis Vuitton store, and having a man count his money after he just counted it.

Floyd Mayweather, Jr. has become a fixture within both the hip hop and American culture. When people think of money and winning, they think of Floyd. Despite being retired, Floyd has participated in two fights, since. Each time he came out of retirement, Floyd Mayweather dominated the entire media world. After that, Floyd got into the right and he won. As a result, Floyd ended up dominating the entire media world that much more, dominating headlines.

Floyd Mayweather, Jr. was recently out in Japan, where he was handling some business. While he was out there, Floyd hit up the Louis Vuitton store. Of course, when a man is nicknamed “Money,” he makes sure he is looking like wealth at all times. As a result, Floyd and his team were in the LV store looking for some clothing items to pick up. When Floyd went to pay for his clothes, he counted his money out, as any customer would. The only difference is that, after Floyd counted his money, he handed it to a man beside him, and he recounted the money to make sure it was right.

More in Hip Hop News
Ben Simmons speaks on playing in Philadelphia and says Philly fans look for things to complain about [VIDEO]
Megan Thee Stallion cameo could not help “She Hulk,” as it becomes the first Marvel show to not land on any Nielsen top 10 lists