Home » Hip Hop News » Foogiano, Gucci Mane’s 1017 Records Artist, Sentenced To Five Years in Prison, After Being on The Run and Melting His Ankle Monitor 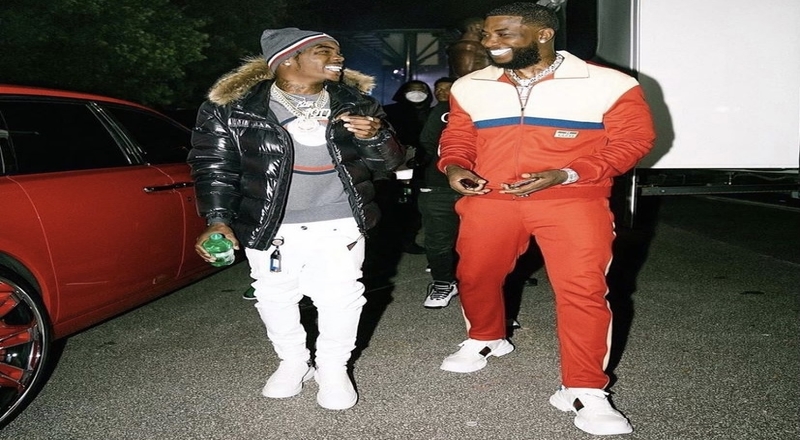 Gucci Mane’s 1017 Records artist, Foogiano, has been having success at his label but at the same time, has been having serious legal issues. He’s been incarcerated lately after initially melting his ankle monitor and being on the run in December. Foogiano was soon charged with being a fugitive from justice without a warrant. Foogiano was also hit with the charge of possession of a firearm by a convicted felon.

Now, Boomman, founder of Authentic Empire who helped put Foogiano on, has now updated fans on what’s going on with the case. He said on Twitter that the Memphis rapper was sentenced to five years in prison. Boomman also believes that this initial gun charge isn’t Foogiano’s.

“Green County Just Gave @FoogianoDaMayor 5 years for cutting an ankle monitor for a gun charge that wasn’t his and was claimed by some one else this is beyond crazy. We have to do something about this!”

Other stars have since spoken out such as Foogiano’s girlfriend, Renni Rucci, and Meek Mill. Rennie is currently dating Foogiano as she said on Instagram “You know what it is wit me! I got us. #freefoo 🖤🔒 these videos made me smile because the night he made this song about me I was in the next room making one about him. We was like two lil kids in love for the first time and it’s still that way…”

Meek also called for Foogiano’s freedom this morning by tweeting out “Free Foogiano. Don’t try to kill that man whole career about tryna protect his self years ago!”

Gucci Mane also just took to his Instagram feed to show love for his artist and call for his freedom. He posted a photo of the two together with the caption “Free my dawg ASAP. We on top of it. @foogiano #FreeFoo.”

More in Hip Hop News
NLE Choppa, and his crew, got into a fight, where several of his guys all ganged up on one guy, and the woman filming kept screaming “THAT’S NOT FAIR” ; Twitter clowns Choppa for getting rocked, before his boys jumped in [VIDEO]
Tee Grizzley Reveals Tracklist For “Built For Whatever” Album; Features Include Big Sean, Quavo, Young Dolph, King Von, and More