Home » Video » Footage has now been revealed, of Blac Chyna arguing with woman that she allegedly kicked at a bar, after supposedly being recorded by the woman [VIDEO] 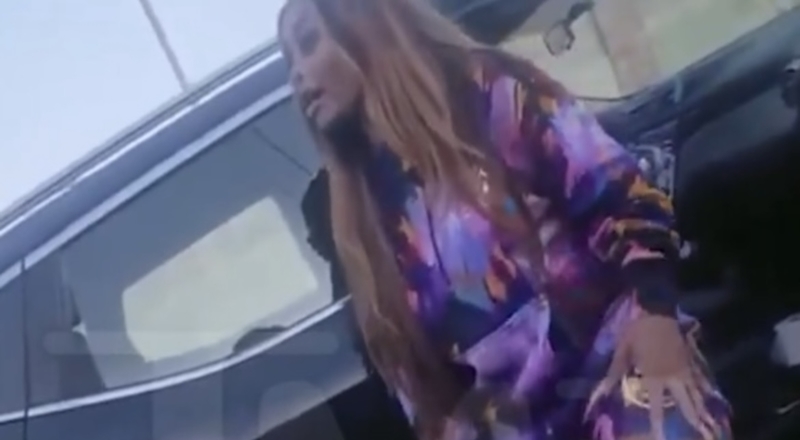 On Friday morning, Blac Chyna allegedly kicked a woman in the stomach, for recording her, at a Los Angeles bar, according to TMZ. This woman ended up being identified as Sequoya King, as she denied that she was the one recording Chyna.

Chyna ended up throwing King’s phone to the ground, as it suffered significant visible damage. Chyna also allegedly went on to kick King in the stomach. It even got to a point where Chyna’s friends had to get her into her car, to hold her back. A battery report was eventually filed to LAPD, as well.

Footage of the aftermath of this incident was also obtained by TMZ, on Saturday. Chyna and King can be heard exchanging words, as King asked “Did you feel good when you kicked me in my fat-ass stomach?” Chyna’s friends were also seen yelling Chyna that they are helping her avoid this situation, because they are her friends.

This incident also comes after Chyna lost her $100 million defamation lawsuit, that she filed against the Kardashians. She believed that the family defamed her name, as well as getting her reality TV series with her baby daddy, Rob Kardashian, canceled, five years ago.

Continue Reading
You may also like...
Related Topics:blac chyna, featured