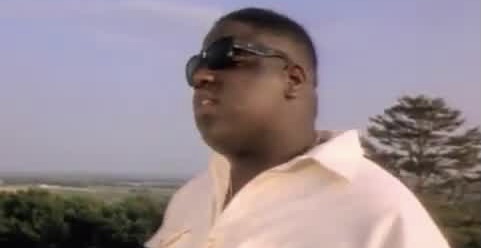 It’s been 24 years since the legendary Notorious B.I.G. was gunned down in Los Angeles. At the time, the Brooklyn rapper was 24-years-old as well. Since then, his murder hasn’t been solved but that appears to have finally changed now.

According to a report by Page Six, Phil Carson, a former FBI agent and City Of Lies producer Don Sikorski, revealed who shot Biggie along with who allegedly set the shooting up. Court documents state that Amir Muhammad is the one who pulled the trigger on Biggie that night in Los Angeles on Wilshire Blvd. LAPD also reportedly covered up the murder due to corruption.

“All the evidence points to Amir Muhammad. He’s the one who pulled the trigger,” Carson said. “There were plenty of others who helped orchestrate it [and] allowed him to pull the trigger.”

“I had evidence that LAPD officers were involved and I was shut down by the LAPD and city attorneys inside Los Angeles.”

Muhammad is also said to be the godparent to LAPD Officer David Mack’s two children, according to a 2003 FBI report.

“Mack is a registered owner of a 1995 Black SS Impala with chrome wheels, the exact description given as being driven by Wallace’s shooter.”

In addition to this information, Carson says that Diddy was the intended target that night in LA, not Biggie. Suge Knight also reportedly financed this shooting.

In March, a documentary was also released on Netflix documenting Biggie’s life, which was titled “Biggie: I Got a Story to Tell.” The latest information about his murder should definitely create more films about him.

Continue Reading
You may also like...
Related Topics:featured, suge knight, the notorious b.i.g.

More in Hip Hop News
Khloe Kardashian is accused of creating a fake IG page to diss Blac Chyna and Twitter drags her for this burner account [PHOTOS]
Lil Loaded Hinted at Committing Suicide in an Instagram Post, as He Was Confirmed To Have Been Found Dead on Monday