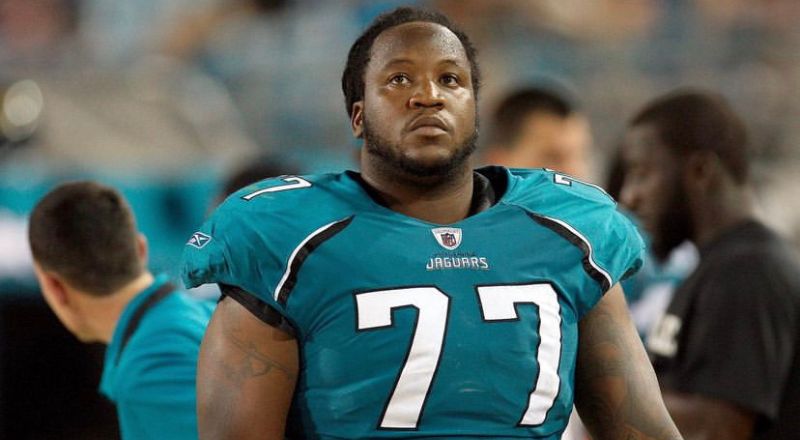 The number of NFL players losing their lives continues to increase every year. Former offensive lineman Uche Nwaneri passes away suddenly at the age of 38. Uche who played for the NFL Jacksonville Jaguars for seven seasons, retired after the 2014 season. Reports state last Friday, Uche drove from Georgia to his wife’s home in Indiana, where he was later found unconscious. The Jaguars confirmed his passing earlier this week.

Uche Nwaneri was selected in the fifth round of the 2007 NFL Draft. Following his rookie season, he earned a spot on the starting offensive line. He started 92 of the 104 games he played with the Jaguars during his career. After leaving the NFL, Uche started a Youtube channel titled The Observant Lineman, where he analyzed game tapes. His last video was uploaded two weeks prior to his untimely passing.

Details from the corner of Tippecanoe County in Indiana, stated that preliminary autopsy results indicated no foul play was involved in his death and that he could have suffered a possible heart attack. Further toxicology reports are pending to rule out any other potential causes. Uche Nwaneri leaves behind a wife, it is unknown if he had any children.

More in Hip Hop News
Cardi B’s “Invasion Of Privacy” becomes first album in history to have all of its songs become certified RIAA platinum or higher
YFN Lucci’s RICO trial was supposed to be held on same day as Young Thug’s RICO trial, but has been postponed