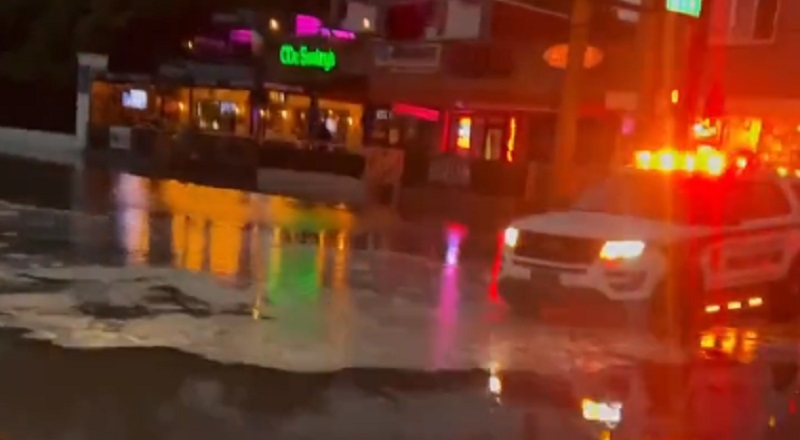 Fort Lauderdale Beach is flooding due to Hurricane Nicole

The city of Fort Lauderdale is one of the key cities in the Miami metro area. Alongside Miami and Pompano Beach, Fort Lauderdale is one of the three core cities. Miami, along with the other cities, are the southernmost point of the East Coast. These three cities are surrounded by nothing but water. As a result, the cities are more susceptible to all kinds of storms and flooding.

During hurricane season, all eyes are always on Florida. Most hurricanes always end up touching down in the Sunshine State of Florida first. More often than not, Florida ends up being the most devastated by these storms. In the case of Hurricane Nicole, it was predicted to make landfall, today, also in the state of Florida.

Hurricane Nicole is making landfall and it hit Florida, as expected. For weeks, there have been weather forecasts predicting Florida to get hit by the hurricane. Tonight, Hurricane Nicole is beginning to make its impact on Florida. Already, the beach at Fort Lauderdale has began to take on flooding. The waves from the beach are crashing onto the streets. A video has captured the flooding already taking place within Fort Lauderdale.

Fort Lauderdale Beach is flooding due to Hurricane Nicole

More in Hip Hop News
Miles Bridges granted restraining order, against wife Mychelle Johnson, after claims that she’s been harassing him, in Los Angeles
Fivio Foreign recorded “Giants On 3” song, with former New York Giants Eli Manning and Shaun O’Hara, when he took shots with them, in studio [VIDEO]